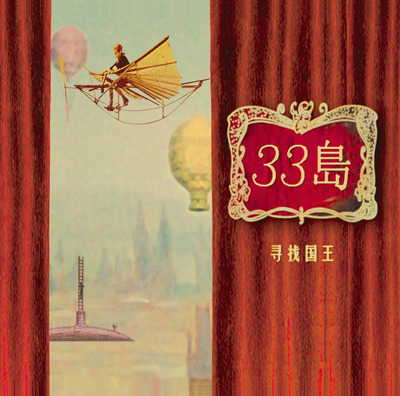 There has always been a kind of surreal appeal to the sound of carnival music, and it has managed to creep into a variety of genres, from Broadway musicals to Hamster Theatre. This Shanghai band (No. 33 Island in English) infuses their twisted pop-rock with a fair amount of carnival atmosphere along with doses of Chinese opera, gamelan, and just plain strangeness. Often there’s a bass sound (keyboard, maybe?) that sounds like tuba, and when you combine that with a martial snare drum and tinkling glockenspiel, you’ve got an intriguing mixture, especially when they’re doing a song that’s a little reminiscent of something Sparks might have done on Propaganda. Eccentric sound design backs nursery-rhyme melodies, and I’m told the Chinese lyrics are as surreal as the arrangements, with titles that translate as such things as “Two-Legged Dog on a Triangular Stage” and “The Monkey's Dance before the Giant Awakes.” (The album title is Searching for the King in English.) If you’re looking for consistency or straightforward songcraft, look elsewhere, but for an intriguing dream journey through a twisted fairground populated by strange people and animals, this is your CD. And lest you think it’s all bizarre sound combinations, they do get out the guitars and rock from time to time, like a warped 90s Britpop band singing in Chinese. Every track features something interesting, and I just hope those outside Asia can get a chance to hear it. If they were from Sheffield instead of Shanghai, the British press would undoubtedly call them the next Radiohead. Or something.