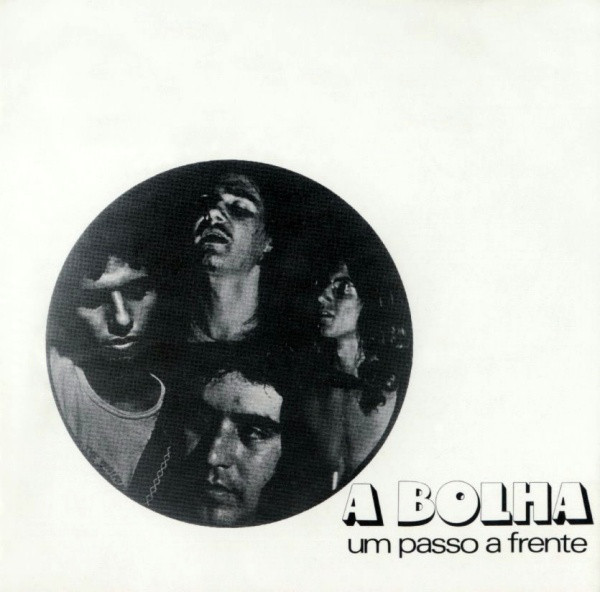 A Bôlha (The Bubble) were one of Brazil's first progressive bands, back in a time when progressive meant something more fundamental than the keyboard drenched symphonics and complicated arrangements of that word's seventies context. The basic band in '73 was a four piece of guitar, organ, drums, and bass, with all members sharing the vocal duties. The most powerful influences are late 60s/early 70s blues-tinged British hard rock — Cream, Sabbath and Hendrix play into their style, as well as American rock of that period like Grand Funk Railroad and Neil Young; armed with these inputs, A Bolha created their own music, with extended arrangements and solos. The playing is superb, and the vocals (in Portuguese) are appropriately styled for this type of music, and well sung to boot. Um Passo a Frente was the band's first LP, and for the CD reissue, both sides of a 1971 single release are included as bonus tracks. It's worth noting also that the tracks have been reordered somewhat from their original LP playing order. This is an excellent album, but it's basically closer to hard rock than the loftier elaborated progressive styles that were being explored by their British counterparts in the same year.