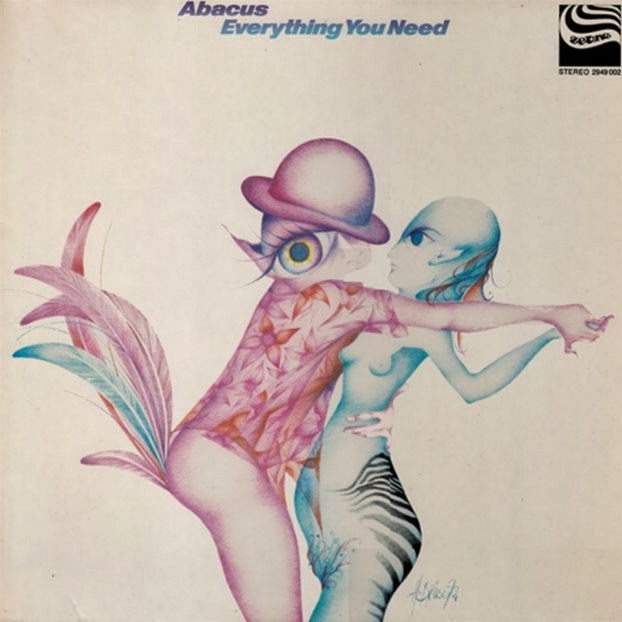 In the early seventies in Germany, there seemed to be three subsections of progressive rock: 1) the "Berlin school" of electronic space rock forming the basis for the Ohr label; 2) heavy, Hammond-organ orientated rock like Wind and Frumpy; and 3) bands like Karthago, Cherubin and Scaramouche, which were basically straightforward rock bands incorporating some prog tendencies. It is the latter category into which Abacus fall. Abacus were a German-based quintet whose style was primarily mainstream seventies rock with touches of progressive rock. Abacus definitely have a one-up on their peers in the vocal department thanks to British-born singer / lyricist Chris Williams. His voice is clear and has good diction, his lyrics, while not often original, are at least lucid. But as far as complexity goes, not to mention musical sophistication, Abacus fall far short. While it's clear the band consists of talented players, keyboardist Chris Barutzky and guitarist Charly Schade, the uninspired compositions don't adequately demonstrate their capabilities. One can't help but to expect a bit more from an album containing five tracks, one twenty minutes in length. But that long title piece is virtually just five shorter songs strung together as a suite. Still, there are some promising moments. The "Paranoia Agency" section of the title track features some quirky dissonances and complex rhythms, which make it among the most interesting moments of the album. Also, the short "Ivan Hood the White Knight" has a light, mediaeval flair, reminding me a bit of Genesis. But overall, the album is purely mainstream rock, possibly comparable to pre-glam Bowie or the Steve Miller Band.