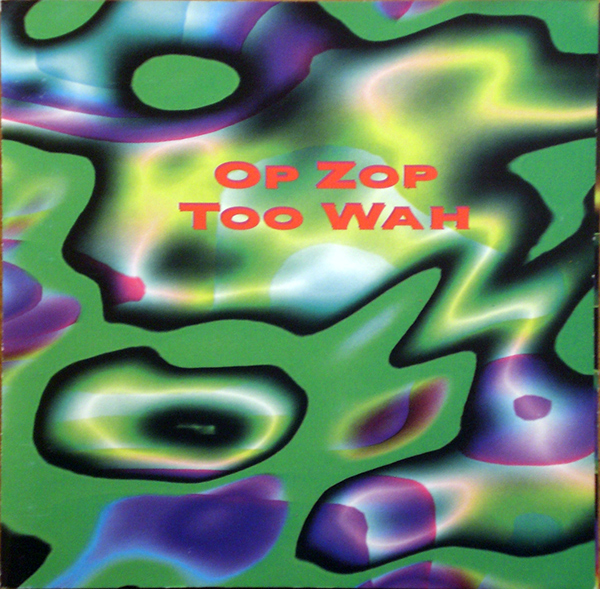 Op Zop Too Wah is an overview of a little bit of everything Belew's been up to from his work in King Crimson to The Bears as well as his own introspective and energy laden singer / songwriting endeavors. We're treated to nearly an hour of a collage of old fashioned rock and roll with Roy Orbison influences (e.g. "Six String"). "I Remember How to Forget" sounds suspiciously like a Crimson out-take. Adrian's been getting proficient in his old age at the DIY school of financial cost savings (meaning he's good at doing it all by his little lonesome and saving a buck). The songwriting craft has always been one of Adrian's chief assets as a group member. As a solo artist, he paints from multiple pallets, picking and choosing which one to apply at a particular moment in the creative process. "Word Play Drum Beat" and "A Plate of Words" are simply that, drum solo and word cut-up prose which recalls "The Perfect Woman" on Twang Bar King. "What Do You Know" was written on tax filing day and as little depressing while "All Her Love Is Mine" has some very cool lead guitar solos. Some short instrumental pieces are included too: "Conversation Piece" and the title track. Something else I noticed too while listening there is a punchy, up front and spirited trap set drumming style. Must be some of that Bruford / Mastelloto interaction rubbing off . Composing dates for each track are listed in the detailed liner notes, written in April and May of this year. In summary, animal based guitar yowls, growls, and weirdness are still working and fun for our Crimson lead man, but it can only be considered a small portion of his maturing talent as Adrian keeps evolving as an artist.

Hawkwind - Golden Void 1969-1979 – Hey look, it's another Hawkwind compilation! I hope they got paid for this one. For your information, the band is as unhappy as the fans about the crop of Hawkwind reissue albums that pop up,...  (1999) » Read more