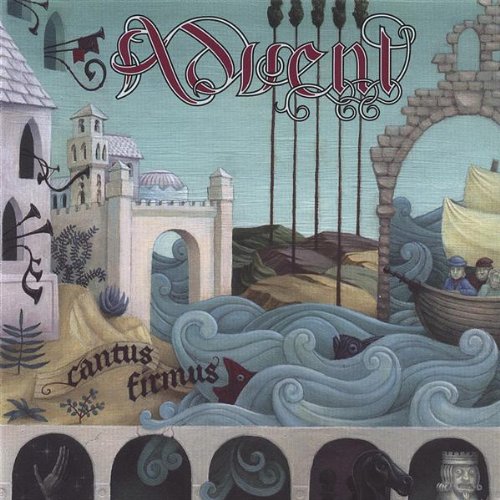 I have not heard a new release this year that evoked so many conflicting emotions. The first Advent release in a decade, Cantus Firmus is also their first output I have heard. A quartet of guitar / bass / Stick / recorder, dual keyboardists, and a drummer, with two vocalists but some multi-tracking if I gather correctly, the Advent sound is high in virtuosity and tight group interplay. Two of bandmember Alan Benjamin’s musical heroes, Gentle Giant and Kenso, could almost be said to be fused together in this recording; it’s all the contrapuntal richness of GG with a more symph-prog bent. The 18-minute “Ramblin’ Sailor” may be the best composition of the year by anyone. So, in fact, this should be one of my favorite releases of the decade. And yet, and yet... it’s always going to be a judgement call where something is paying tribute and where something crosses the line into clone territory. Vocal fugues and echoing musical passages on multiple instruments: tribute. Intentionally sounding like Minnear (including the accent): crossing the line. That suspicion of contrivance is what pulls it down from classic status. Still, it’s not a sound many groups could pull off, and these guys nail it. The drums do seem a bit flat and in the background at times; whether conscious choice or not, it puts a limit on the intensity. If you love Gentle Giant as this writer does, you owe it to yourself to hear this. The wry smiles will be mixed with moments of joy.

Jeff Greinke - Big Weather – I'm very picky when it comes to electronic music. If I like an artist in this vein (like Lightwave, Klaus Schulze, Steve Roach, or Robert Rich) I tend to really get into it. Greinke is an artist that...  (1994) » Read more