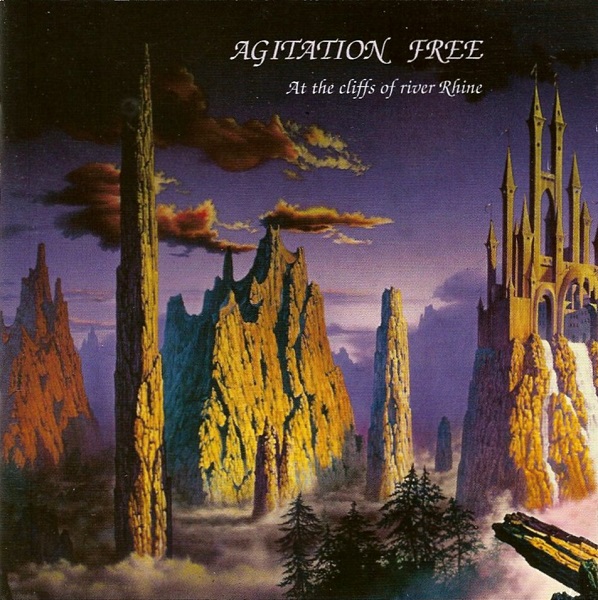 This CD will be pure bliss for Agitation Free fans, a show from WDR radio in Germany that presents the band at a serious peak. Recorded after their Second, album, this show contains extremely charged versions of music from that album, jams with guitar and synth that escalate into emotional outpourings of energy. It may be some of the best Krautrock of its time, a similar approach to Grateful Dead at their best, with a sense of melody, rise and release, and a blissful sense of the ethereal. Only one quirk with this CD, there is a long German biography of the band, while only a two-page one in English. A drop in the pond as they say; this is perhaps one of the most classic performances of the Krautrock era and an essential purchase.

I first heard this show on a cassette tape and it was quite notable for being perhaps the only listenable Agitation Free show in circulation at the time, I had heard one or two others that were practically only mud and distortion. I'd bet if it wasn't for German radio and television archives, the 70s would have been much poorer in documentation, and this title, first released on Garden of Delights and later Revisited under a different title (Live '74), is one of the gems of the WDR radio station archives. Where on the band's two studio albums improvisation was focused into tighter song formats, here you get it all, including some nice long jams that go off the map. Just like with the Grateful Dead from the same era, there is a real feeling of joy with the music here, the peaks in particular are ecstatic and brimming with hope, a true, shimmering beauty arises from the collective, like watching the sun rise. I'd rate this piece right up there with some of the best documented live shows of the era.

Ahleuchatistas - On the Culture Industry & The Same and the Other – Of all the genre labels ever devised, math rock has to be one of the most annoying. It’s an insult both to rock and to math, and seems to me borne of two mistaken beliefs. First, that math is...  (2005) » Read more

Ruby - Short-Staffed at the Gene Pool + Altered & Proud – A whole new genre has developed since about 1995, one that consists basically of a soft-voiced female singer and a programmer / keyboardist / arranger. It probably started with Portishead, then grew...  (2001) » Read more

Walter Wegmüller - Tarot – From 1968 to 1974 the Swiss Gypsy Walter Wegmüller and Austrian writer and story-teller Sergius Golowin traveled Europe in search of gypsy legends. In 1973 they collaborated on a series of Tarot...  (1995) » Read more

Various Artists - E-Progeny – This interesting compilation is the result of a collaboration between members of an Internet mailing list called “e-Prog,” which is dedicated to the discussion of keyboard-led progressive...  (2001) » Read more

The Tune Is "Anonymous" — the Musicians Are Not