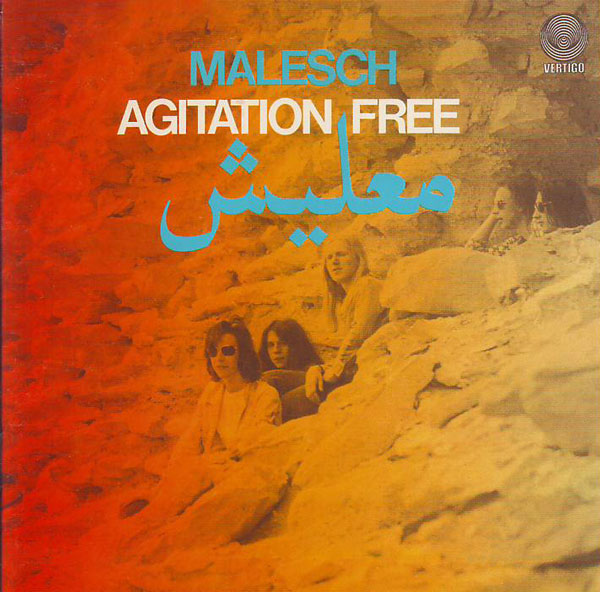 Agitation Free was a most unique German band in the early seventies, in that their sound was heavily influenced by Turkish and Arabic themes, although never more so than on this, their first, from 1972. Even so, they carried their ideas out mostly on conventional instrumentation – guitars, bass, drums,and synthesizers. To add effect, taped bits of original Arabic music, dialog, and other mysterious unknown things were added between the tracks. Their basic sound is psychedelic, laced with electronics and experimentation, like that of many German bands of the day (Ash Ra Tempel, Amon Düül II, and early Popol Vuh come to mind) with ripping guitars, long free-form jams, plus plenty of ethnic percussion. Lutz Ulbrich (guitars, zither, Hammond organ) together with synthesist Michael Hoenig (later of Northern Wasteland fame) dominate the top end of the mix with shimmering guitars, meandering organ patterns, and repetitive pulsating electronics. The rhythm section maintains a loose and free style that suits the music well, and guitars, sometimes dual guitars, tend to dominate the soloing. Most of the tracks seem to be loosely structured from band improvisations, essentially an instrumental album, free spirited, full of moments of fervor and grace. This is one for all fans of early 70s krautrock – file next to Phallus Dei, Affenstunde, and Schwingungen.

No, Not That Frozen