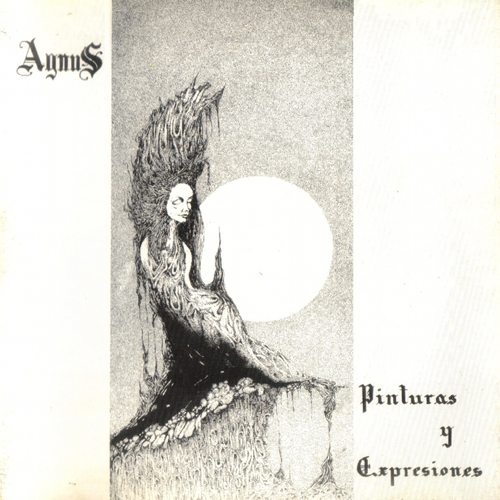 In their gold-panning expeditions for largely undiscovered old South American bands, Progressive Rock Worldwide recently unearthed this little nugget. Agnus hail from Argentina, consisting of a huge ensemble of mixed-gender instrumentalists and singers, not unlike another Argentine group from the same time-period: MIA. Like MIA's Magicos Juegos del Tiempo album, a strong feel of Andean folklore crops up often in the form of the male / female choral vocals. "Historia de un Rey" is the most obvious example of this. They also share a symphonic predilection to a certain degree, but Agnus also reveal an unexpected space-rock tendency — possibly influenced by Pink Floyd and the like — over the long, improvisational portions of the album. Keyboards are used rather incidentally, a bit of string-synth here, a touch of piano there, with some unusual yet subtle synthesizer effects cropping up on occasion. The flute playing of Cecilia Glaria is the unifying element, appearing more or less throughout the album. When coupled with the dual guitar work of Luis Saez and Archi Basilico, bands such as Lisker come to mind. A fascinating release.