Ahleuchatistas — The Same and the Other
(Noreaster Failed Industries (NFI) NFI-07, 2004, CD) 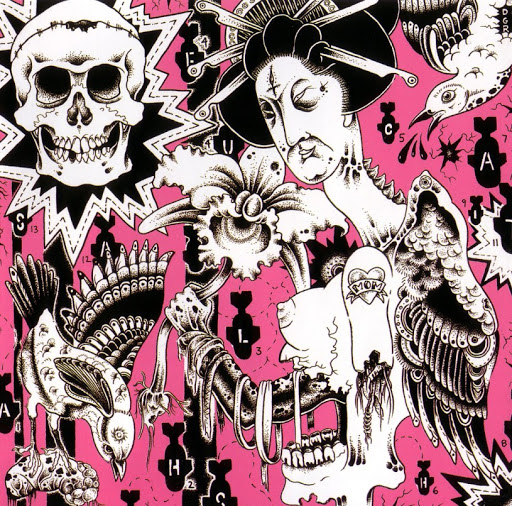 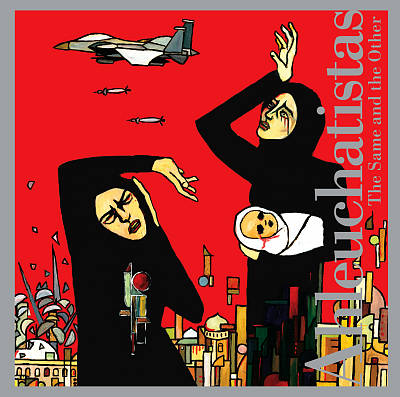 Of all the genre labels ever devised, math rock has to be one of the most annoying. It’s an insult both to rock and to math, and seems to me borne of two mistaken beliefs. First, that math is inherently complicated (which can certainly be said of advanced mathematics, but the whole idea of math is to simplify things, reduce them to their most basic form); and second, that rock music cannot be complicated. So if music seems to be based on rock, but is more complicated than “Blue Suede Shoes” it is somehow equated with mathematics. Ahleuchatistas are a case in point. They have been tagged with the math rock label because their music, though they are only a trio, is pretty complex stuff; but while “math” implies a certain analytical detachment, their music is comes off as rough and visceral in spite of all the twists and turns the arrangements take. Shane Perlowin (guitar), Derek Poteat (bass), and Sean Dali (drums) function like a bizarre clockwork machine, with all the parts meshing together precisely as they turn and hum. You can’t be sure exactly what the machine is doing, but it is a thing of beauty to watch in action. Like many of the other post-rock bands (the ones that don’t tend towards ambient or chamber-like sounds), all three take full advantage of the sound-production capabilities of their instruments, both within and outside accepted bounds. A minimum of electronic modification is applied (only a bit of distortion), and both of these releases sound very much live in the studio. How these three can keep straight all the seemingly unrelated bits that make up each of their compositions is beyond me. They seem so haphazard at first listen, but all come together into an amazing contraption. Both CDs are excellent, and quite similar in sound, but I’d give the edge to the second for having a wider range of moods. Ahleuchatistas have signed with Cuneiform, with a new release expected early next year, which should give them the wider exposure they deserve.

High Wheel - Back from the Void – The first thing I thought of when I put this CD on was "Echolyn with a German accent." That sums High Wheel up pretty well (at least superficially), but it doesn't tell the whole story. I don't know...  (2003) » Read more