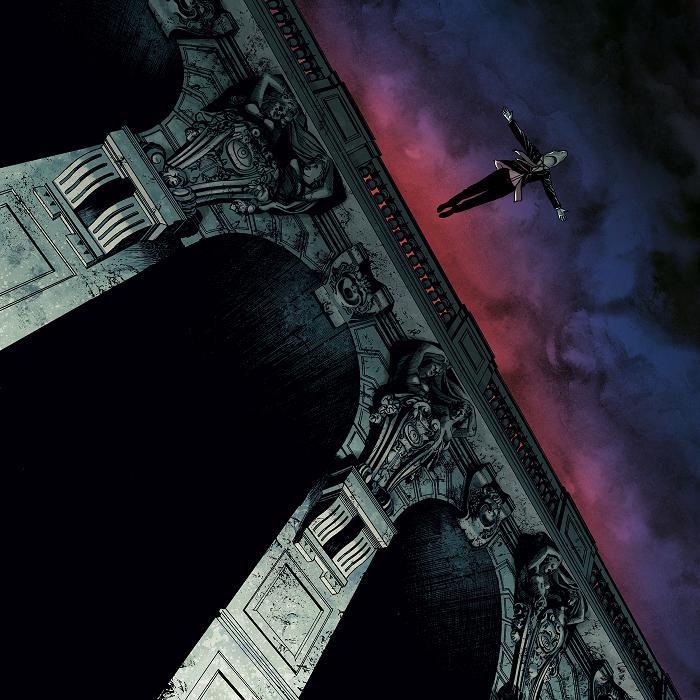 Another Norwegian band that has escaped my attention until now is Airbag, though they have been around since 2004. Now Karisma Records is reissuing remastered versions of their second and third albums, All Rights Removed and The Greatest Show on Earth, on vinyl. Both albums have been meticulously remastered for vinyl by White Willow’s mastermind Jacob Holm-Lupo. All Rights Removed has an extremely strong resemblance to Porcupine Tree, and could almost be mistaken for a lost Porcupine Tree album. The title opens the album and sets the stage with Airbag’s near perfect cloning of Steve Wilson replete with strumming guitar, Mellotron, and vocals. The second song “White Walls” moves away from Porcupine Tree and Airbag treats the listener to slow rock ballad with emotive guitar riffing. “The Bridge” is a tasteful minimal song that really rocks. Then Airbag takes the listener back to Porcupine Tree with the sad “Never Coming Home.” Next they get a bit edgy and experimental with “Light Them All Up” with an amorphous and viscous sound, subliminal movie vocals and gunfire, and a delicate mournful violin. The album closes with the seventeen minute epic “Homesick” that is quite reminiscent of Steve Wilson’s “Time Flies.” “Homesick” alternates between strong prog rock and quiet acoustic guitar passages that eventually grow and combine into melodic prog jam and a bass riff that fades away to shift once again to orchestral synth chords and a Dave Gilmour-inspired guitar solo to end the track and the album.

Two years later Airbag released The Greatest Show on Earth, moving away from Porcupine Tree and developing their own sound. The album songs are sandwiched between “Surveillance Part 1” and “Surveillance Parts 2 & 3.” “Part 1” is a short two minute track that alternates between ambiance and prog rock. “Parts 2 &3” remind me a lot of Pink Floyd’s Division Bell and Wish You Were Here. In between are four other tracks: “Redemption,” “Silence Grows,” “Call Me Back,” and the title track. Now Airbag is combining there Porcupine Tree and Pink Floyd influences with a bit of Manuel Göttsching.

Both albums are excellent and I am happy that I have finally been exposed to their music. So if you missed out on snagging copies when these albums hit the streets eight to ten years ago, now is you opportunity to pick them up, especially for vinyl fans.

[Regarding All Rights Removed:]

Airbag is a young Norwegian quintet whose 2009 debut, Identity, received positive reviews and helped garner concert appearances with Riverside and Marillion. The six songs on All Rights Removed share a certain sound and style, though I wouldn't call it a concept album. Nonetheless, each piece feels like part of a larger continuum, and shares the same moody, vaguely psych-tinged rock sound that will remind many of Porcupine Tree circa The Incident. Singer Asle Tostrup and guitar player Bjørn Riis anchor the band with keyboard player Jørgen Grüner-Hagen providing an important supporting role, similar to Rick Wright's position in Pink Floyd. Speaking of the Floyd, it's clear that Airbag is using them as a jumping off point, but – like many groups these days – they also inject a more modern flair into the songs by way of shoe-gazery lyrical introspection and an indie-rock distorted bluntness. In the end, prog wins the day, perhaps best seen in the epic-length "Homesick" suite. Here the guitars explore a multitude of sonic facets and the keyboards serve a fundamental role in the arrangements. Don't go expecting twiddly leads or solos – this is not that kind of band. But I give Airbag props for allowing the song to breathe and develop. I'd enjoy a bit more daring and variety in the compositions; each seems stuck in the same tempo and key. But it does give the entire collection a certain coherence, and for a group just starting out Airbag shows a ton of promise

Deus Ex Machina - Deus Ex Machina – Stylistically, Deus Ex Machina is very unique and not without their share of quirkiness and idiosyncracies. Some moments remind me of a heavier Gentle Giant, others make me think of both Camel and...  (1994) » Read more

Engineers - Three Fact Fader – Engineers were a band many pegged to go big, but the implosion of their label after the release of their 2004 debut threw them into limbo. The time off allowed them to slave over these 13 songs, and...  (2011) » Read more

The Muffins - Bandwidth – The Muffins are back! Really?! Yes, after 17 years of dead silence, they are back from the grave. I’m curious what changes will have taken place. Only few bands are capable of recreating that...  (2002) » Read more

They rock in opposition of...