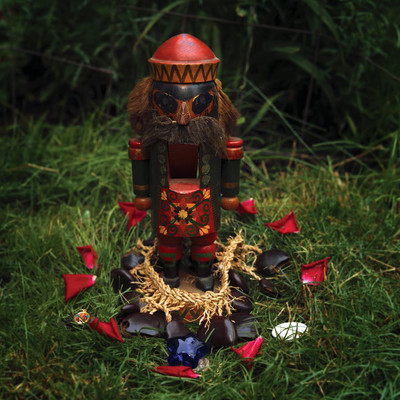 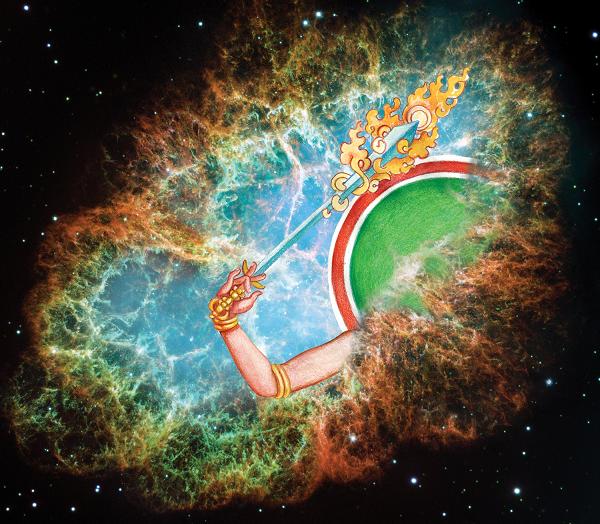 Peaceful droplets emerge to deposit us on a plane of squeezing voices gently chiding a plane of aberrant existence. There is quite a bit of hubbub about this agglomeration of miscreants and it must be due to their far-reaching attempts at varied aesthetics within the context of their recordings. I smell snatches of attempts to touch the canons of John Fahey, Big Star, John Cage, David Axelrod, Elliot Smith, and Sondre Lerche (a little too much rippage in the vocal department styling and not pulling it off very successfully, sorry, no, not at all endearing, too breathy and nasal). The stuff is decently played and certainly adventurous, yet mainly serves as fodder for the cost of being hip in the mid-2000s: being aware of New Weird America as a musical movement. Unfortunately, I found myself continually waiting for their work with the Angels of Light to lift off the ground and get really interesting, to little reward. At best it is pleasant enough, and cloying at worst. Turns out that the 2005 split-album is in reality the compositions of Michael Gira (father to Angels of Light and owner of the Young God label) for one half and then having Akron/Family backing him for the rest of the sessions, without adding much of their own personality. In comparison, their second solo effort, without Gira, Meek Warrior, is much more compelling. Punching up the gasohol quotient and out-and-out rocking is more the mode there, with a bit of mild-mannered alternative cum rockabilly with a progressive pallor; twining its branches on free jazz expressionism. The eclectics of Ornette Coleman and John Zorn come to the fore in the second half of the opening cut. After that squonking outburst, they slip into tribal-esque commune hippie jam style. Hand drums, harmonium, muted elongated horn tones, and acoustic guitar to the fore, reveals an initially sophomoric attempt at delivering mantras proper. After a few songs, though, it begins to gel and they get into a richly interwoven dirge-like trance with chanted multiple vocal parts in a rollicking tumult for a spell. Shortly therafter, they fall apart again, intensity-wise, as they felt the need to tear into an a cappella Appalachian devotional ditty for the closer, repeating "love and space" at the end of a hackneyed musing. These cats are from the sticks, it shows, nonetheless they are breaking into city living and stateside touring minstrelsy alright.

Trees - On the Shore – The Trees was a British folk rock band formed in 1969 that sputtered out in 1972, barely leaving a footnote in musical history. Their two albums The Garden of Jane Delawney and On the Shore have...  (2008) » Read more