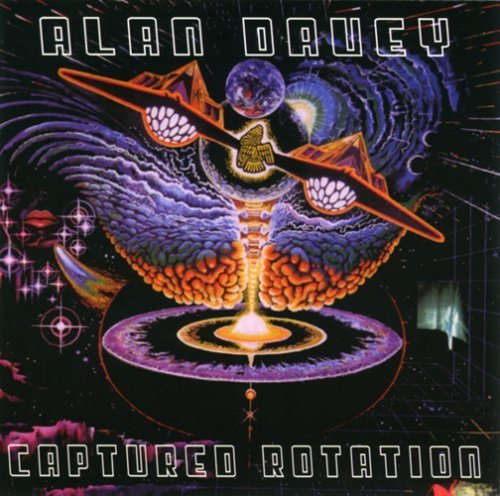 Alan Davey has been a key member of Hawkwind for quite some time, playing bass, synthesizers, and writing the occasional song ("Wings" from their 1990 album Space Bandits is a standout). Now Davey strikes out on his own, giving his version of the Hawkwind space-chug sound. Handling all the instruments himself, Davey turns in fine performances that accentuate his strengths in Hawkwind. The bass plays a primary role, often going into melodic runs reminiscent of Chris Squire's work with Yes. The guitars are unspectacular but solid, letting the bass and synths carry the brunt of the music along. Guest vocalist Ron Tree (great name, eh?) sings on three of the 12 tracks, and sounds enough like Dave Brock to encourage additional favorable Hawkwind comparisons. Most of the rest of the album is instrumental, allowing Davey to experiment in a variety of moods. I believe Davey uses a drum machine to propel the rhythms, but they are not so intrusive as to spoil the mood or hinder the inherent power of the compositions. Recommended for Hawkwind fans. A fine effort from an unsung talent from the space rock fold.