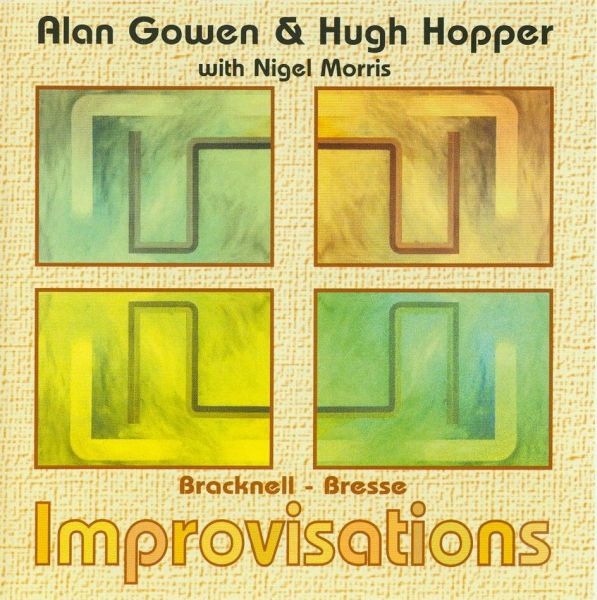 The legacy of rare and obscure recordings continues on Voiceprint! Another Alan Gowen set of live recordings and free soloing ideas is released to the anxious awaiting public! Well, maybe it's not that exciting, but it is rewarding to see a label concentrate so heavily on older Canterbury scene artists and continue to find material worth pressing onto CD. This disc, along with Hopper and Gowen's Two Rainbows Daily (reviewed last issue) and the Hopper / Sinclair recording make this probably the final set of songs we'll hear from Gowen, even if it has brought Hugh Hopper back into closer musical scrutiny. This disc is again a duet project recorded in a small French makeshift recording studio, but not a concentrated body of work. It sounds like what it is, two musicians on a short break from a full group gig, playing live as they felt like it and making some interesting listening as well! There are eight tracks in all, three featuring drummer Nigel Morris (ex-Isotope same as Hopper) from 1980 (and part of the same bonus tracks that wound up on Two Rainbows Daily). The remainder of the pieces are dialogs between bass and synth mostly, with some electric piano thrown in. Hopper provides some keen remembrances of the live gig in the liner notes where he constructed his first set of tape loops to accompany the mad trio to paint carte blanche on the sound canvass. If you're familiar with Gowen's other work in Gilgamesh and National Health, this disc will give you a more varied look at the man's talent and his ability to create spontaneous works of value.