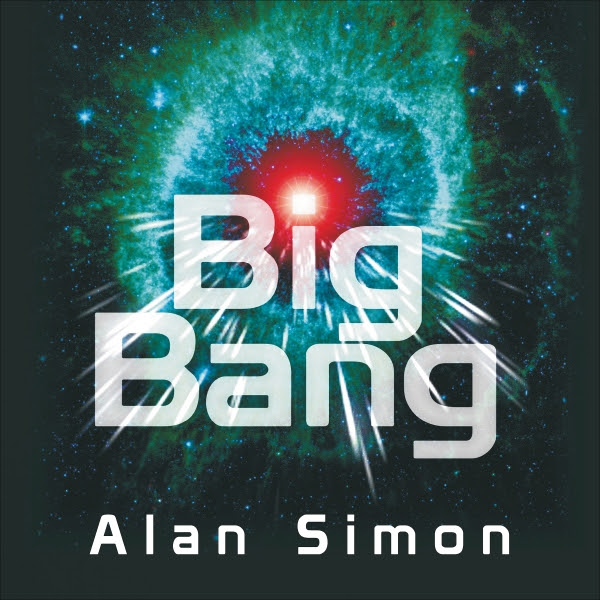 So what is this? Alan Simon is a French composer with a varied career originally centered around Celtic flavored folk-rock music, but since around 1999, starting with Excalibur – The Legend of the Celts, he’s been better known for these grand bombastic rock operas that involve a hundred or more musicians, many of note, plus orchestras, choirs, and singers from across the rock and pop spectrum. At last check the Excalibur series was up to number IV plus a live version of the first, plus Anne de Bretagne, Gaia, Tristan et Yseult and many more, a dozen albums before this one. Less than a year ago I reviewed an excellent compilation by Simon titled Songwriter, a two-disc set that draws material from all these various rock operas without subjecting the listener to the entire complete works. Big Bang is Simon’s latest, released in early 2018 (although by the time you read this, he will probably have something else out), and this time out his music is focusing on the origins of the universe, with titles like “Seven Moons in the Sky,” “Andromeda,” “Prologue of the First Day,” and “The Waltz of the Universe,” again with 120-some musicians involved including an orchestra and choirs, fourteen tracks in all. Name performers include Celtic harpist Alan Stivell, who also sings, Supertramp’s sax player John Helliwell (always loved his sound and style), Saga singer Michael Sadler (at least on one track), and Simon plays acoustic guitar, flute, harmonica, percussion, and other odds and ends. Other players who I am unfamiliar with play bass, drums, percussion, electric guitar, keyboards, plus a couple different choirs, and a 30-piece orchestra. So what’s the difference between this and the work from his earlier rock operas? If you took away the vocals on “Seven Moons” and a few of the other non-instrumental cuts (most of what’s here is instrumental), and all of the sound samples he nicked from NASA’s archives that are intertwined with the music, this could easily be Excalibur V, that is to say, not much different, so if you like Simon’s previous grand scale epics, chances are good you will love this.