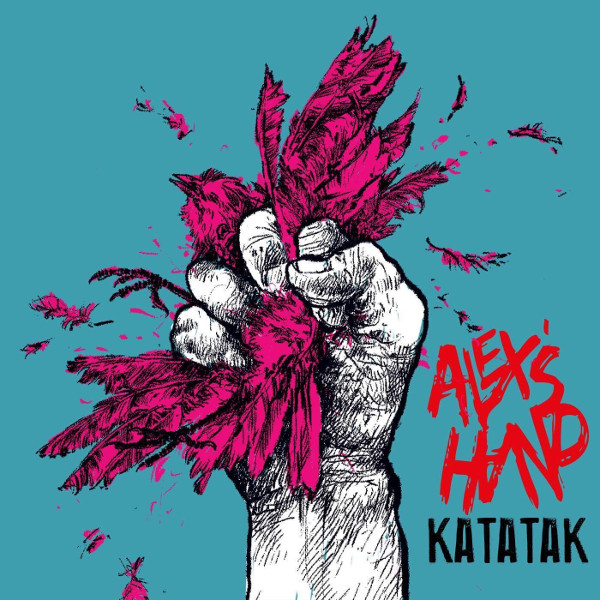 Many years ago, I figured out that one quality of some music that really appeals to me is that it seems to either exist in a world of its own or create a world of its own, aside from the standards of music in our real world. This kind of music makes its own rules and doesn’t abide by the conventions followed by other music. This is a quality that Alex’s Hand has had from the beginning, when I reviewed their first EP, and this latest recording is further proof that these guys are not really of this world. KaTaTaK consist of three long tracks (“Waterfalls,” “Epic,” and “Ghost Peppers”) that are effectively suites of multiple divergent sections plus two brief interludes (“KaTaTaK (Inital Catfrontation)” and “The Kattening (Return of the Furer)”). At times you’d almost swear that the longer pieces were digitally assembled from separate recordings, probably shuffled in random order, but this is an illusion. While there is undoubtedly a lot of studio work involved, these are really cohesive pieces — just joined by factors that remain obscure to outsiders. There is a narrative, but it’s more akin to the storytelling of James Joyce or Samuel Delany or Thomas Pynchon (or Mo Yan, to go for an appropriate but lesser-known name) than Charles Dickens or Shakespeare or even Stephen King. Musical references include (the usual suspects) Mr. Bungle, Frank Zappa, and Sleepytime Gorilla Museum, but this band has listened widely in rock, jazz, and classical music and assimilated the sounds without regard to typical boundaries. I don’t know to what degree they intellectualize their process (and it’s irrelevant anyway), but I’m sure I could spend hours analyzing what they’ve created, dissecting themes and transitions and references. But honestly I just get caught up in enjoying the audacious craziness of KaTaTaK. One thing that strikes me is that as complex as the music is structurally, it’s played with a casual looseness that I associate with musicians playing by feel rather than reading charts — this is rock played with a kind of jazz attitude. Another thing is the very live feeling of the recording. While the tracks are over ten minutes in length, I could describe them as epics for people who are easily bored — the mood changes often enough to keep you on your toes as if it were numerous short tracks, though the overall span is probably longer than you normally listen to. “Ghost Peppers” is the outlier here, being the most internally consistent, though not without surprises along the way. Throughout the album there’s a balance between serious artistic intent and exuberant fun that makes KaTaTaK a blast to listen to, and well worth the time it takes to listen to the whole thing.