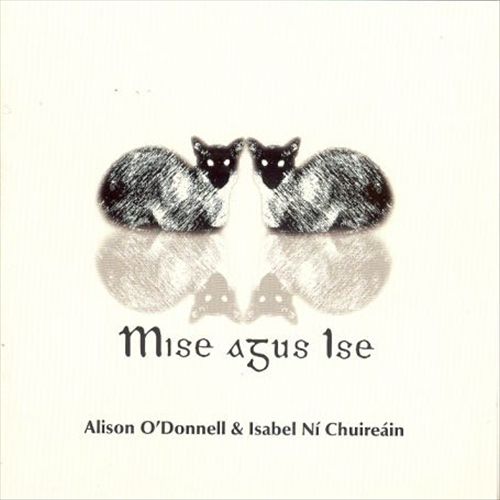 Many will remember Alison’s voice from the 1972 prog-folk classic Swaddling Songs by Mellow Candle, along with keyboardist / vocalist / songwriter Clodagh Simonds. Alison then moved to Johannesburg along with the guitarist from Mellow Candle and founded a new group called Flibbertigibbet, moving in more traditional directions, and also began working in other musical endeavors, including television and session work. In 2001 Alison returned home to her native Dublin, and began work on numerous musical projects, including this collaboration with multi-instrumentalist Isabel Ni Chuireáin. The twelve songs herein, mostly originals co-written by both, nonetheless have deep roots in the traditional music of Ireland, fusing those roots with folk, pop, and some rock and jazz embellishments. Alison’s voice is stronger and more expressive than ever, handling all of the lead, harmony and backing parts; her lyrics reach into a wealth of personal experience and perspective, relaying stories and recollections, even taking a fun and poignant stab at Catholic society in Ireland with “Hangover from Hell.” Ni Chuireáin’s main instruments are keyboards, accordion, and acoustic guitar; together they have assembled an superb group of support musicians to help realize these creations, joining on fiddle, acoustic and electric guitar, mandolin, drums, string bass, whistles, pipes, and more, as needed. The disc includes several purely instrumental tunes as well, contributing to an overall greater sense of variety. Those into the more traditionally rooted musical hybrids will certainly want to give this a listen.

Amon Düül II - Eternal Flashback – By now everyone should know that these classic German space rockers have reformed after about a twelve year hiatus. Last year's Nada Moonshine #, while not quite up to the standards set by their early...  (1996) » Read more

When the Giant Howls, He Has a "Dirtmouth"