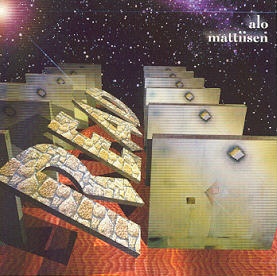 After some none-too-fulfilling encounters with the likes of Eloy Fritsch and Artemiy Artemiev, I was becoming weary of what my next task with reviewing synthesizer-based music would hold. Alas, this time it’s a winner! Alo Mattiisen from Estonia is in a class all of his own and cannot be likened to any other electronics composer I know of. Not that he doesn’t share certain artistic compatibilities; like Vangelis, he understands that you don’t have to abandon melody, tone, and musical motion, in order to create something that is atmospheric and mood-enhancing, without succumbing to the shallow sentimentality of popular New Age music. Furthermore, I detect that Alo has had some good solid classical training either in composition, or piano. Why? Because there is an understated confidence exuded on Read that doesn’t try to blow you away with Third World tribal magic, culture crossing, or cosmic profundity. Actually, Mattiisen’s music is very abstract, leaving the listener lots of freedom of interpretation. And yet every composition on the CD is devoted to a single motivic theme. Economy of means is something he never sacrifices; the sign of a good composer. Most often he keeps his musicality quite reserved and dispassionate, redolent of a temperament born in the icy environs of Northern Europe. Beauty, majesty, stillness and simplicity are what Alo captures most effectively. According to the liner notes, the work was composed for the Estonia National Library. I’m not sure what the implication here is; whether for archive purposes, or to be used as source material for films, etc. This is my first chance to hear his music and I hope it isn’t the last.

David Cross - Testing to Destruction – This album is the answer to the question, "Whatever happened to that guy who used to play violin in King Crimson?" Don't get your hopes up, though, Larks' Tongues it ain't. I really hated this album...  (1995) » Read more