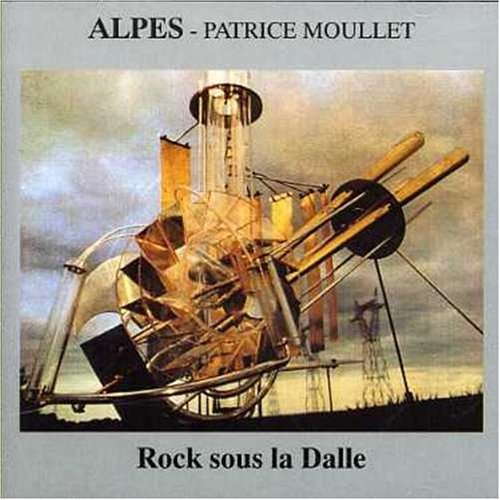 Haven't heard much from Patrice Moullet since he and singer Catherine Ribeiro fronted Alpes, the premier French underground band, in the late 60s and early 70s. Yet apparently he's been busy all these years doing music for various special projects, creating new musical instruments, and writing a lot of theater and film music, generally staying out of the music business mainstream. This collection, recorded in 1993, represents some of the most powerful and creative music that has ever reached this writer's ears; Moullet has created a sequence of innovative sonic tapestries each with its own mood and unique strength, and contains nothing that even remotely approaches typical rock accessibility, yet this music begs to be played over and over again. Entirely instrumental, employing a programmed music computer, real guitar and mandolin, percussion, flute samples, saxes, tons of Mellotron, and various other acoustic and electronic instruments, it's an almost-other-worldly musical odyssey, full of adventure, power, and raw emotion. For those who need comparisons, it's not an easy task — the closest match might be Thierry Zaboitzeff's Dr.Zab, but Zab seems a bit more uniform and metronomic by comparison; Rock sous la Dalle uses far more sonic depth and subtlety, and traps it all within a variable acoustic percept, which he has evidently mastered through his work in film soundtracks. Moullet has put togethar a forceful and compelling album, which at once has the spirit of the nineties intertwined with the freedom and adventurism of the seventies. This is truly progressive music. Welcome back, Patrice.