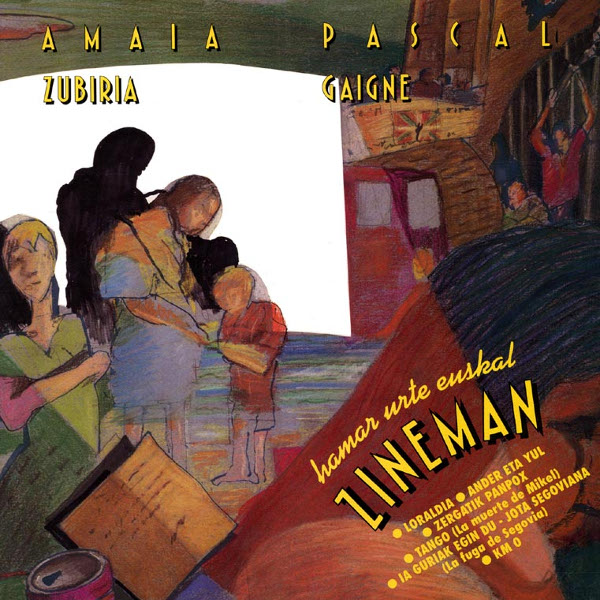 This is a serene, sometimes melancholy album of predominantly instrumental pieces. Pascal Gaigne alternates between piano, accordion, synth, and some brief acoustic guitar. He is joined on various tracks by Amaia Zubiria's light and airy vocals, and some occasional woodwinds and strings. The music is somewhat simplistic; new-agey at times, folky in other places. The singing consists mostly of wordless vocalizations, and even on the instrumentals the instrumentation is usually kept to a single keyboard with perhaps an additional melody instrument. Except for a 10 minute suite, the album consists of 19 short pieces, each suggesting and highlighting its own mood. Gaigne and Zubiria's relaxed melodies provide a peaceful continuity to the album that flows through these various moods and creates a pleasant introspective atmosphere. Still, there is probably a bit too little going on musically for many listener's tastes. This one is definitely only for when you're feeling very mellow...