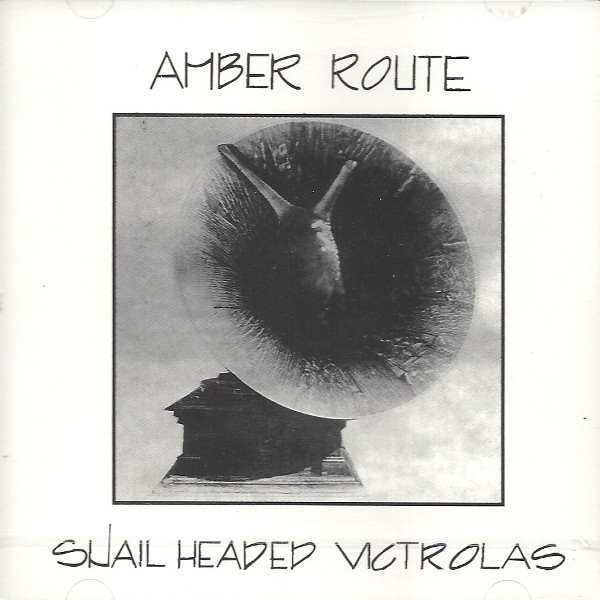 Amber Route was an electronic / rock duo from southern California featuring Walter Holland on guitars and synthesizers, and Richard Watson on woodwinds, piano, and synthesizers; both share vocal duties. They produced two albums: Snail Headed Victrolas was their first, from 1980, and a second, Ghost Tracks, three years later, with an accompanying maxi-single. I've sometimes heard Amber Route dismissed as a grade-B Tangerine Dream clone with vocals, but that misses the point and certainly overlooks some of the more interesting aspects of their sound. Yes, the TD and Pink Floyd influences are quite strong, as is the influence of Krautrock in general. But where TD stuck mostly to ethereal atmospheric explorations (at least in their early days...), Amber Route has a more raw and onerous intensity to their sound, abrasive at times. The vocals are trademark, often extremely dark and treated, high and low register unison but slightly out of sync. So go the first three tracks, corresponding to the first side of the original LP. The last track — the seventeen minute "Asteroid Jaroid" — is a different matter, a sequenced electronic piece with layered echo guitar and flute/clarinet improvisation, recalling some of Manuel Göttsching's work circa Inventions, though Amber Route's approach is more haunting and foreboding. In all, it's good to finally have this one available on CD.