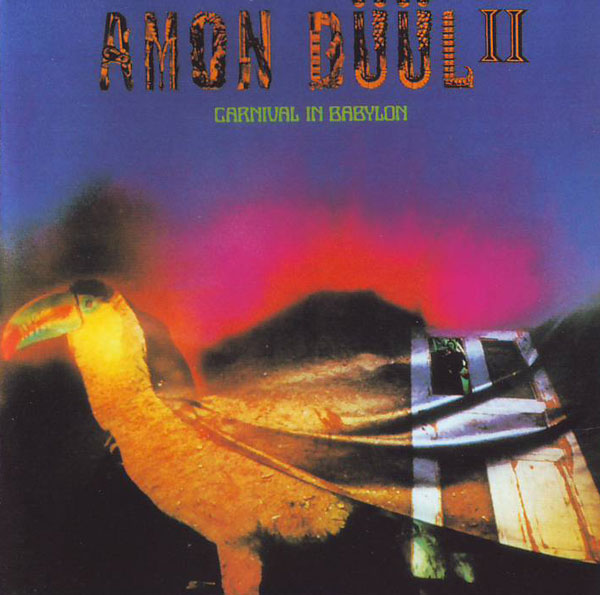 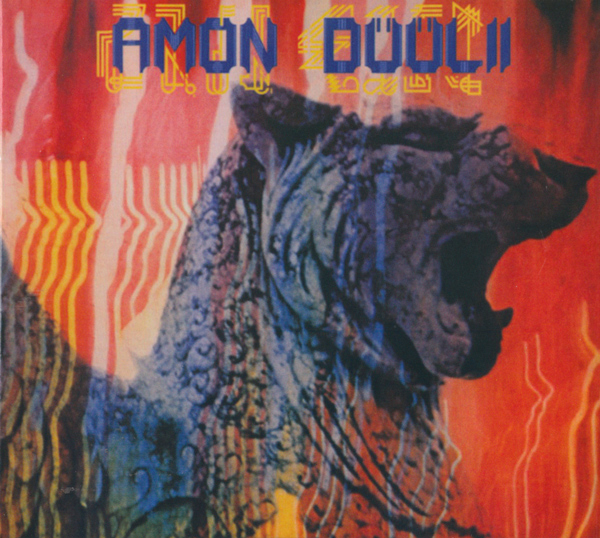 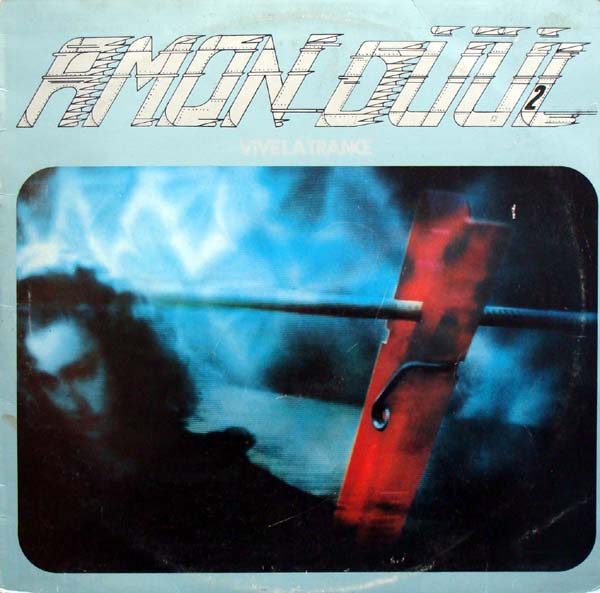 Revisited Records is busy reissuing classic Krautrock albums by Klaus Schulze, Kraan, Guru Guru, Holger Czukay, and Amon Düül II. These latest discs are Amon Düül II’s fourth, fifth, and sixth releases. Although these three discs have been reissued a couple of times already on CD, these current releases are augmented with bonus tracks, beautiful digi-packaging, and clean sound. Carnival in Babylon was Amon Düül II’s first album to focus on short songs after the long extended improvisations of their first three releases. In 1972, the music press viewed this album as an attempt by the band to produce a commercial and exploitative LP. A comical overreaction as the band went on from here to record their best releases, Wolf City and Vive la Trance, while still retaining their experimental approach and free spirit that so delighted their fan base. The bonus tracks are the 10-minute “Skylight” (a reworking of “Restless Skylight-Transistor Child” from Tanz der Lemminge) and the cool 18-minute ethnic/Krautrock jam “Tatzelwurmloch.” The liner notes give no information about any of the bonus tracks, so I am assuming that since they sound new they are contemporary compositions, which are infinitely better than the music they recorded when they reformed in the mid 90s.

Wolf City was the first album to focus on Renate Knaup’s extraordinary singing style, and all of the songs, though mostly short, captured the cosmic avant-garde atmosphere of their earlier recordings. As a bonus this reissue includes the excellent bonus tracks “Kindermörderlied,” “Mystic Blutsturz,” and “Düülirium,” which seem out of place when compared to “Surrounded by the Stars,” “Wolf City,” and “Deutsch Nepal,” Wolf City was my introduction to the band in the 70s and remains my favorite.

Vive la Trance was a masterpiece of integrating rock songs with black humor, sensuality, complex rhythms, dissonance, and harsh sarcasm. However, the German music press did not appreciate this new direction and panned the album. Vive la Trance contains a number of excellent songs that helped propel their international fame: “Jalousie,” “Mozambique,” and “Apocalyptic Bore.” As a bonus, this CD contains the funky song “Hands up Fool,” Chris Karrer’s soaring violin soloing on “Pink Purple,” the comical and odd “Look,” and heavy plodding of “Bomb.” Once again these songs sound out of place with the original music, which is a bit disconcerting after having immersed yourself in the Amon Düül sound of the 70s. Overall, these are minor complaints and we are fortunate to have these reissues and bonus material demonstrating that the band remains vibrant even after 40 years.