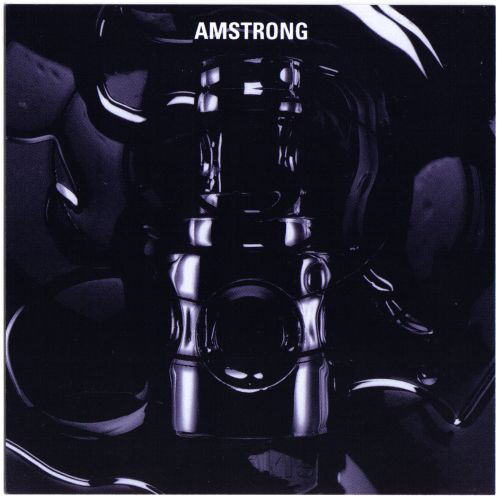 Amstrong hail from Copenhagen, and are often compared to massive Attack and Portishead, but I don’t hear much of that. Their sound is a strange mixture of very artificial and organic, with samples of guitar distortion forming the basis for several songs, and rhythm provided by looped drums, often heavily distorted. Techno-ish synthesizers make occasional appearances, but given the un-techno setting, they become just another part of the arranged noise. I suppose describing the music as “arranged noise” would give the impression that the sound is harsh or abrasive, but Amstrong is actually rather pleasant to listen to much of the time (though I admit Burt Bacharach fans would probably disagree). A singer named Marie Louise provides some melody and structure otherwise lacking, with a voice similar to Lou Rhodes of Lamb, though not quite as jazzy or affected. Moods range from lazy to fairly intense, and never sink into any semblance of disco – four-on-the-floor dance grooves are conspicuously absent. I even hear a hint of psychedelia, courtesy of a bit of wah-wah and some echoed vocals, but maybe I’m taking that too far. This band is truly unique and it’s very difficult to put into words any idea what the net effect of the sound is.

Murray Head - Sooner or Later – 1987 was another year of soul searching for the artist as he linked with ex-Gong guitarist Steve Hillage to produce a series of electronic pop songs with an electronic slant. "Lana Turner"...  (2002) » Read more