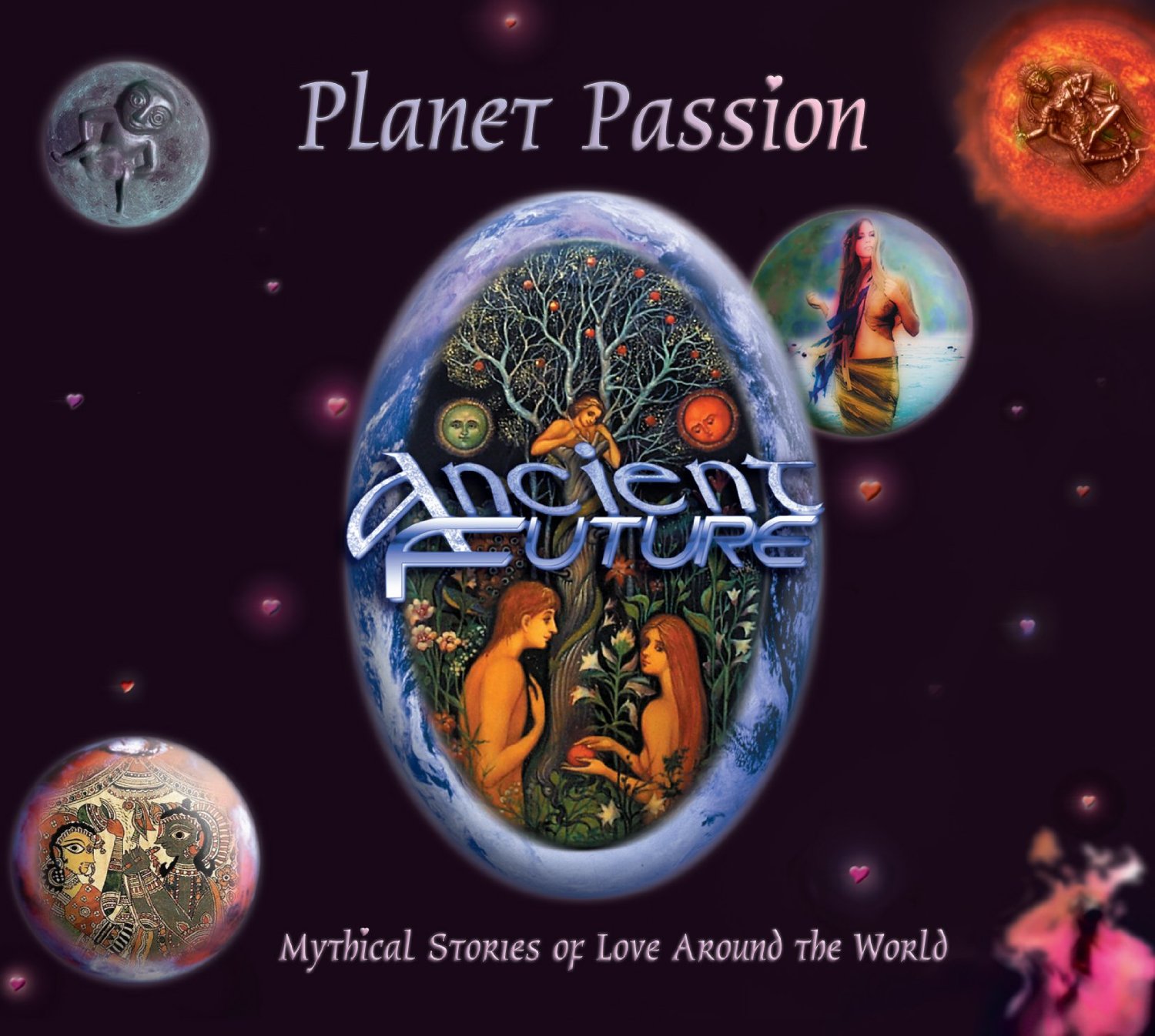 The previous release by this SF Bay Area world-fusion unit led by guitarist Matthew Montfort was 1993’s Asian Fusion (reviewed in Exposé #2), so after such a long lapse we were caught off guard when this one was released on their private label quietly at the end of ’01. Joining Montfort is a cast of core members present and past and a long list of guests playing a variety of conventional and ethnic instrumentation from around the globe, plus ethnic vocals on a few tracks as well; drums, violins, tablas, sitars, bansuri, bass, keyboards, metallophones, chinese and nepalese flutes, cello, bass marimba, gangsa (a southeast asian gong) and a variety of world percussion are all to be found here. Planet Passion (subtitled A Mythical Story of Love Around The World) is broken into seven “chapters” comprising 12 tracks. There’s plenty of variety throughout; one track “Ochun” has a Cuban feel with male/female vocal harmonies, while “Semara” that follows it is a Balinese gamelan styled piece accompanied with tabla and bansuri (featuring members of the original AF lineup from 1978). One of the standouts is Montfort’s two part multi-tracked guitar adventure “I Mett Her In The Medowe”; Another is the completely enchanting “Ne Po Pogrebu Bochonochek” featuring the powerful voice of Irina Mikhailova. Closing is “Socha Socha”, a two part meditative piece featuring sitar, scalloped fretboard guitar, violin, keys and percussion. As one of the bands who pioneered this style long before it became fashionable, this is a welcome return.

How Do You Make a River?