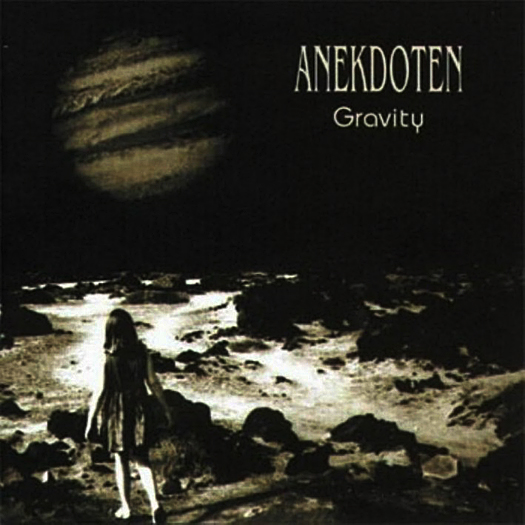 The most distinctive things about Anekdoten have always been overdriven bass, Mellotron, cello, and the vocals. This CD answers the question of what happens when you remove two of those elements, namely the cello (though Anna Sofi Dahlberg is still in the band, she is not credited with any cello) and the fuzz bass. The guitar playing, vocals, and heavy use of Mellotron remain much the same as on past releases, though fewer songs lean on the heavy side of the band's style, calling for a cleaner bass sound. They've had their melodic, even acoustic moments from the beginning, but for Gravity, that aspect is magnified, and I for one am happy at the change. I wouldn't want this band to keep releasing Nucleus every few years, so a slight shift in orientation is welcome. I don't find the changes really effect the core of what the band is – the writing style is very similar, though the end results are filtered and arranged differently than they would have been five or ten years ago. Some of the quieter moments actually remind me of the acoustic tunes of Pink Floyd back around Atom Heart Mother or Ummagumma, the way the acoustic guitars, the Mellotron strings, and the melancholy vocals mesh together. And in case you didn't realize it, there's a lot of Mellotron on this album, mostly strings, but occasionally flutes. I'd say this is a damn fine CD, and can stand proudly with anything else they've put out.

Steve Roach - Live at Grace Cathedral – This two disc set documents one of Roach’s rare live performances, this one at San Francisco's historic Grace Cathedral on June 29, 2007. The natural reverb of the performance space meshes well with...  (2011) » Read more