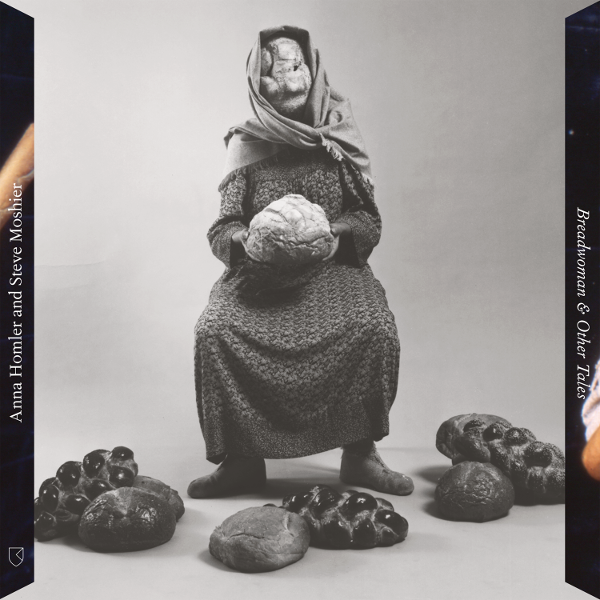 In the early 80s, performance artist Anna Homler crossed paths with avant-garde composer Steve Moshier, and this collaboration was the result. Moshier took recordings of Homler’s wordless vocalizations and conceived other parts to accompany them, sometimes percussive, sometimes droning and ambient, always fitting with whatever she did. Some of the pieces, like “Ee Chê,” feature rhythmic chanting of invented syllables that sound as if they might be words in some unknown language; others, such as the lengthy “Sirens,” consist of swoops, groans, crackles and other “non-musical” vocal noises. Moshier pairs them sympathetically, with “Ee Chê” presenting processed percussion with a relentless beat, and “Sirens” consisting of long synthesizer tones fading in and out. Each of the tracks has its own identity and sound. When it comes to abstract vocalizing (or whatever term you choose to cover Homler’s type of singing), there is a great danger of creating sounds that are very harsh and likely to repel many listeners (I’m thinking of performers like Diamanda Galás), and while Breadwoman is not for everyone, Homler never comes off as abrasive. This music represents a middle point in performance art music – not as poppish as most of Laurie Anderson’s work (and certainly more abstract, given the lack of words), not as difficult as Galás. As such, it works admirably as its own thing, a creative vision of an alternative way of creating music outside the conventions of typical songcraft. And it’s also a rather enjoyable listen.