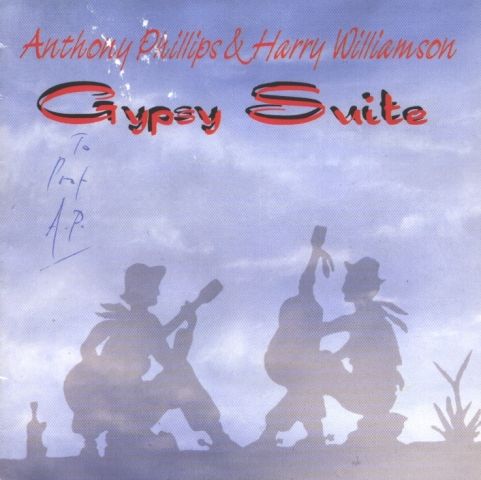 Little is known about Anthony Phillips' career between leaving Genesis and the appearance of The Geese and the Ghost. How ironic that a 1995 release would shed light on what he was up to. Shortly after the split, Phillips immersed himself in the study of piano and classical guitar. In 1971, while perfecting the 12-string style he pioneered with Genesis, he teamed up with Harry Williamson for a duet album based on gypsy culture. His first collaborative work since his tenure with Genesis, Gypsy Suite was left unfinished for the next four years. In 1975 the two reconvened for their second effort: soundtrack music for a film adaptation of the children's book Tarka the Otter. At this time they completed work on Gypsy Suite. This painstakingly crafted work, in his now-famous romantic style, conjures up an earthy, by-the-campfire approach that is more intimate than the sweeping grandeur of The Geese and the Ghost. Unsure as to whether it was really complete or not, Anthony wanted to rework it to include single-line melody instruments, such as violin. But with Williamson in Australia by this time, it wasn't possible. Divided into four movements, “Gypsy Suite” depicts a day in the the life of the gypsy, with the intricacy and subtlety that has since become Anthony Phillips' trademark. As a bonus we are treated to two movements from the original demos of “Tarka,” which is now out of print. And it is here where the music is fleshed out by the addition of piano and synth, creating a dreamy, cinematic mood. I know of very few soundtracks that can stand on their own as abstract music, but this certainly does. A great collection of music, that I'm glad to see finally available.

Incandescent Sky - Paths and Angles – Since their second release Glorious Stereo (reviewed in #28), Incandescent Sky has further carved out an identifiable niche for themselves in the guitar-driven jammy instrumental progressive style....  (2006) » Read more