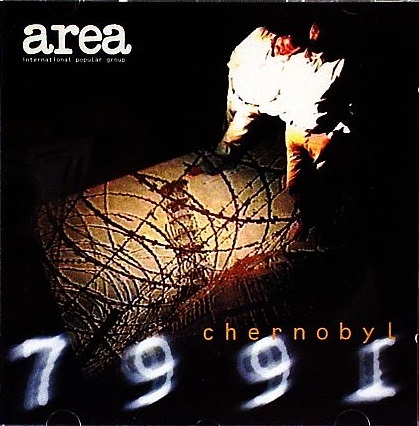 Hmmm? A new release from Area? Yep. Fariselli, Capiozzo return with bassist Paolo dalla Porta for one of the strangest releases in a long time. Tic & Tac this is not, but it has a similar dedication to fusion-oriented melodies. Sometimes, that is. Other times the music moves through some very bizarre experimental passages, where in a minimalistic setting Fariselli noodles with some weird synth patches while Capiozzo meanders through difficult-to-identify percussive "noises". Experimental, for sure, but not in the same way of the Area of old. In a few moments of brilliance, they break-out in that Pan-Mediterranean mode that makes it instantly identifiable as Area. For the most part, this could be simply classified as more of a pure "jazz" but that would be an over-simplification. Occasional guests include a guitarist, sax, voice, and even a French horn player. Recommended to those who prefer a jazzier element to their music, and of course to Area fans. You'll be surprised (and probably not too disappointed) by this release.

Tomorrow - Tomorrow – Tomorrow's eponymous and only release is a solid example of 60s psychedelia featuring a precociously talented young guitarist named Steve Howe. It probably would have fared better commercially if not...  (2007) » Read more