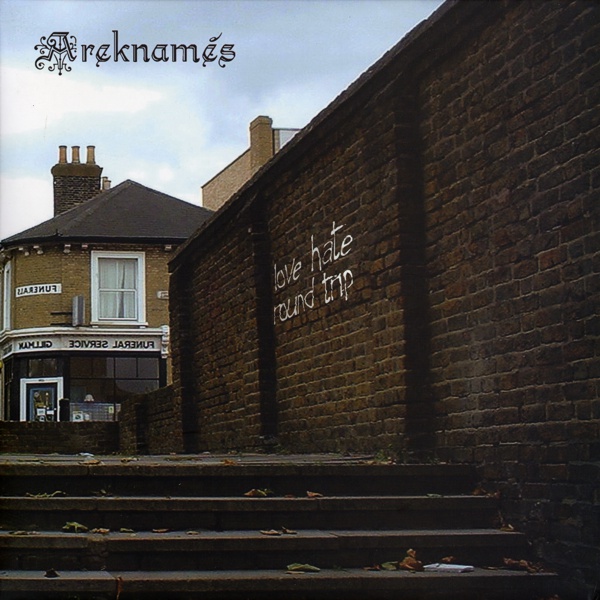 By the very nature of the progressive rock “scene” you run into a lot of groups classified as retro, and by and large by “retro” people mean “sounds like Genesis.” This simplification of description does injustice to the variety of the actual progressive music of the era. Areknamés is a band that is fair to classify as retro. More than fair. They are a quartet featuring the compositions of keyboardist and vocalist Michele Epifani, who is in love with the music of the 70s and the analog gear used to make it. But this is darker material; not a jester in sight, and were one to show up the music video would consist of him being chased through the woods in the twilight and executed à la Blair Witch. The booklet mentions many obscure inspirations among the best “proto-prog” groups such as 2066 and Then, Second Hand, East of Eden, Cornucopia, and so on. The most apparent influence, however, is Van der Graaf Generator, both because Epifani sounds a great deal like Peter Hammill, and because many of the riffs have that driving odd-meter pulsating quality that made tracks such as “Lemmings” and “Scorched Earth” so unique to that group. The absence of saxophone and addition of sumptuous helpings of Mellotron and lead guitar changes the flavor ever so slightly, at least enough not to make this redundant. Gothic, angular, and just different enough, Areknamés is well worth exploring.

Birdsongs of the Mesozoic - Dancing on A'a – What started out as an arty project composed mostly of ex-members of Boston noise-band Mission of Burma seems to have become primarily the vehicle for keyboardist/composer Erik Lindgren. Lindgren...  (1995) » Read more