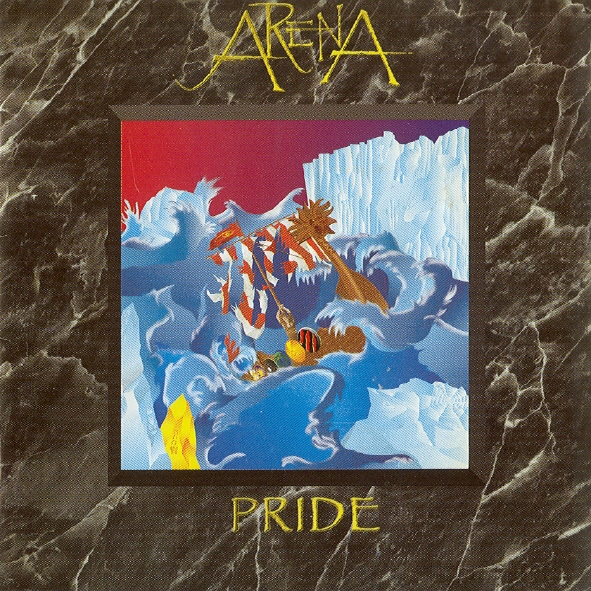 I never thought I'd see the day when Mick Pointer became a more prolific musician than his former Marillion mates. After dropping off the face of the earth for over a decade, Mick and Co. have now released two albums in two years. Wow! After a few personnel changes which brought in new members John Jowitt (IQ, Jadis, Ark, ...etc.) on bass and Paul Wrighton on vocals, Arena returns with Pride. Jowitt's ever solid bass playing fills the bottom end nicely and, unlike the previous vocalist who was more firmly rooted in the prog tradition, Wrighton's vocal style is more in the new-wave camp and reminiscent of Ultravox's Midge Ure. This vocal style actually blends quite well with the music. Parts of "Sirens" and especially "Crying for Help VII" sound almost exactly like Midge though!

While Arena has made a solid step forward in the ingredient department, the songs have less of a momentous sound than the anthemic numbers on the first album. This is unfortunate because the band is at their peak when playing those type of grandiose epics. The guitar in particular is different — way more David Gilmour mellow than before. In fact, the guitar solo on "Sirens" could be something straight out of "Shine on You Crazy Diamond." Four more mostly instrumental installments in the "Crying for Help" series appear between the other tracks, including a three minute solo a cappella piece which is about twice as long as necessary. Clive still has his lead synth and Mellotron sounding great, but the organ remains puny sounding in comparison. A few of the tunes like the opener, "Welcome to the Cage," and "Medusa" are basically straight ahead arena rock ( bad pun...) numbers. None of the tunes on Pride posses the memorable melodies of, say, "Out of the Wilderness" or "Jericho" from the debut. The trilogy that ends the album — "Fools Gold," "Crying For Help VIII," and "Sirens" — contains the strongest new material, but even these songs are a notch less interesting than anything from Songs from the Lion's Cage. The bottom line is that Pride is a good neo-prog album, but a level below their previous effort.