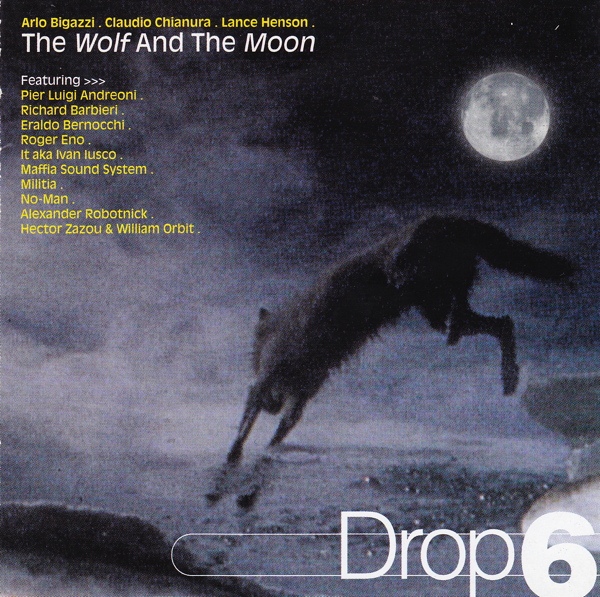 The three artists listed above are only the tip of the iceberg; collaborators on this project include Richard Barbieri (Porcupine Tree), Roger Eno, No-Man, Hector Zazou, and many more. The reason it is credited as such appears to be that the basis for this album was 1999’s Another Train Ride, a Materiali Sonori release by Bigazzi, Chianura, and Henson involving the readings of a Cheyenne poet about wars past and present. Having not heard that album, there is less context with which to approach Drop 6, but so it goes. Drop 6 is a series of re-interpretations/re-mixes of material from Another Train Ride by an extensive list of artists, including those mentioned above. This music is steeped in modern electronica, with instrumental parts on guitar, synths, trumpet, and so on swept up into a maze of samples (instrumental and vocal) and beats, with a pretty chill tempo and vibe overall. What I can make out from the lyrics seems a bit on the cheesy side to be honest; I’m not sure if this is authentic Cheyenne poetry or not, but regardless, its all a bit hokey and heavy-handed. The musical vibe is uniform in its laid-back nature; without the manic energy of Squarepusher or the brutality of Autechre. Without more variety, there isn’t a lot with which to actively engage and challenge the listener, and as such the whole thing comes off as somewhat unremarkable.