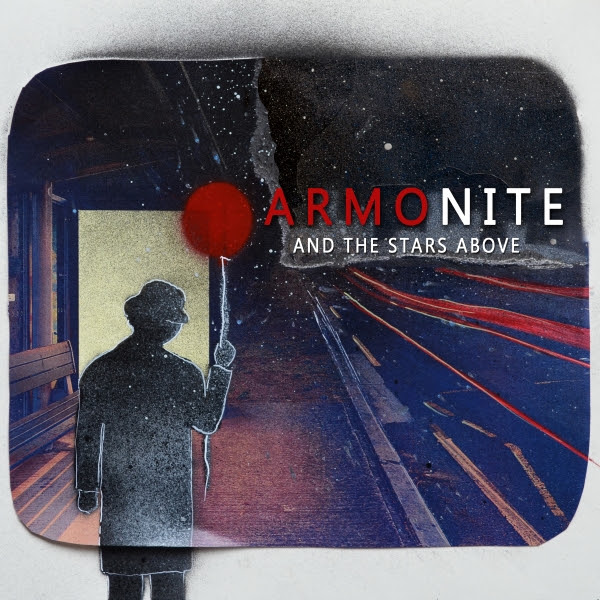 For their 2018 outing, the duo of Paolo Fosso (keyboards, compositions, arrangements) and Jacopo Bigi (acoustic and electric violin, viola, ukulele) present a set of pieces produced with movie soundtracks in mind. The Cleopatra label has branched into film production (mostly low-budget horror), so there are likely opportunities for groups such as Armonite to get in on the action. That being said, as far as I can tell, these 12 tracks (plus two bonus tracks) were not designed for any specific film, and actually work just fine as a collection of music. The first track is called “The March of the Stars,” and it starts with a quietly energetic pattern on piano and violin that backs multi-tracked female vocals from Maria Chiara Montagnari, reminding me of something Yoko Kanno might have come up with for an anime soundtrack. Then a full band sound kicks in with pounding drums and a prominent electric bass from Colin Edwin. This builds to an epic level with keyboards and emulated brass. Other tracks bring in more electronic sounds, like synthesizers, and throw some distortion on the violin to stand in for electric guitar — and at times you’d swear there’s an actual electric guitar, though none is listed in the credits. Over the course of the album, three bassists other than Edwin contribute, as well as three different drummers, and two cellists, though generally not at the same time. There’s also a string quartet on one of the regular tracks and one of the bonus tracks. All of the pieces are in the two to four minute range, so there’s not a lot of development of ideas — the mood is set, the theme is played, there’s a contrasting section or melody, and then it wraps up. Several cuts feature more stripped down parts, usually involving piano and violin. This variety does evoke similarities with movie soundtrack albums, which generally involve short mood pieces, though at times I’d like to hear the material investigated more thoroughly in longer, more developed pieces. Interestingly enough, almost all of this music sounds way too cheerful to work in a horror movie, and would probably be more suited to a fantasy or sci-fi anime film. All in all, it’s quite an enjoyable listen, with enough complexity to please many prog fans, and with a little luck will point them in the direction of some success in the soundtrack business.

Klaus Schulze - Moonlake – Moonlake is the latest Klaus Schulze release of new music, and a welcome breath of fresh air it is! The title is not a reference to the classic Schulze of Moondawn or “Crystal Lake,” but instead...  (2006) » Read more