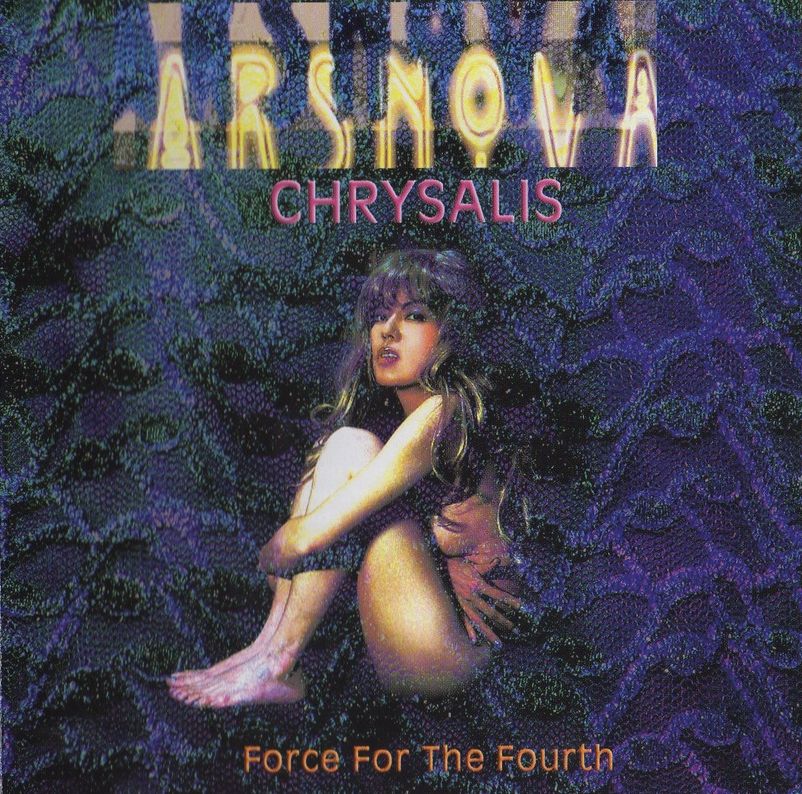 I know this band from The Goddess of Darkness and Book of the Dead, both from the 90s. The Goddess of Darkness is a near masterpiece of bombastic prog. Despite several changes in line up, Ars Nova always stayed a girls’ band, but now one man has joined them, Satoshi Handa. The nucleus is still Keiko Kumagai (all sorts of keyboards and composer), on this outing augmented by Shinko Shibata (bass), Masuhiro Goto (drums), and the previously mentioned Handa on electric guitar. For this album Kumagai sought out six pieces from the whole career of the band and then the whole band played these pieces anew live in the studio. Goddess surprised me with each track (none of the tracks of Goddess were chosen), do the tracks on Chrysalis do the same? All the pieces here are of later date than Goddess, and I’m afraid that the surprise is gone; I just miss that sniff of brilliancy Kumagai back then had. The guitar chops here remind me of Dream Theater and in the keyboard melodies I hear the Italian band Goblin. What I already noticed on Book of the Dead is over the top bombast (Goddess still left space to breathe); Chrysalis adds a bit of metal-esque atmosphere to the familiar. Although I haven’t heard the orginals, I don’t expect them to be too different from the new interpretations. Nevertheless the music is superbly played, arrangements are strong and the solos and themes are emotionally charged. Seems that Kumagai ran out of ideas after her near masterpiece and sadly this compilation proves it.