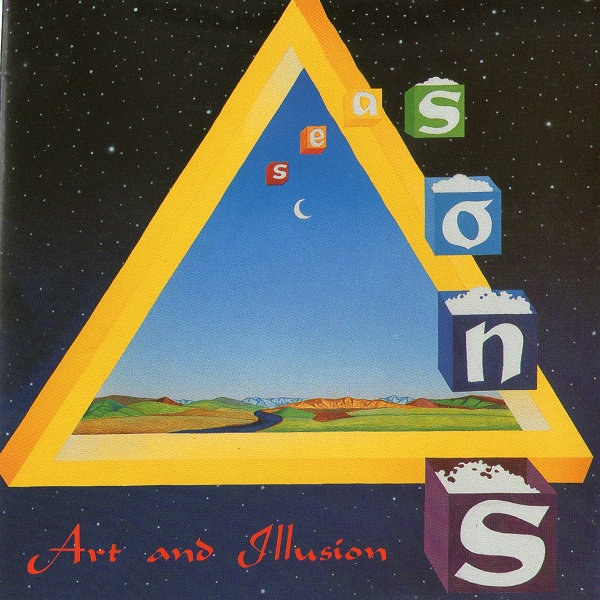 When I first broke the seal on this disc and saw the booklet photos with people playing accordions, mandolins, and balalaikas, my curiosity was piqued, hoping for some kind of folk-rock ensemble or such. In fact Art and Illusion is an Italian four-piece pop / rock / prog band which uses such instruments to a minor degree, but on most occasions sticks to the standard guitars, bass, synthesizers and drums as the meat and potatoes of their sound, with guitarist Luca Sabia capably handling the lead vocals. The compositions have a strong pop sensibility, with enough twists and turns and clever arrangements to keep them interesting. The band has an exceptional ability to shift gracefully from gentle introspective phrases into out-and-out rocking force. But A&I is neither neo-prog, nor a 70s AOR throwback; their style is very 90s, in many ways like some other prog-pop bands that have spring up in the last year or so like Germany's Tea in the Sahara and Sweden's Ritual. Lyrics are in English, and Sabia handles them much better than most, while delivering some excellent guitar based song structures, like on the Led Zep influenced "Springtime Again." Barbara Martini tastefully applies the supportive synth colorations, piano, Hammond, and harmonium without dominating the bands' sound. There are plenty of memorable tunes here, plus a rather modern sounding cover of the Genesis classic "I Know What I Like." A strong debut from a band with a future.

Billy Currie - Push – Ex-Ultravox member Billy Currie’s fifth album is another tour de force of synthesizers and stringed instruments that captures a unique romantic niche. Currie has been refining his approach for over...  (2003) » Read more