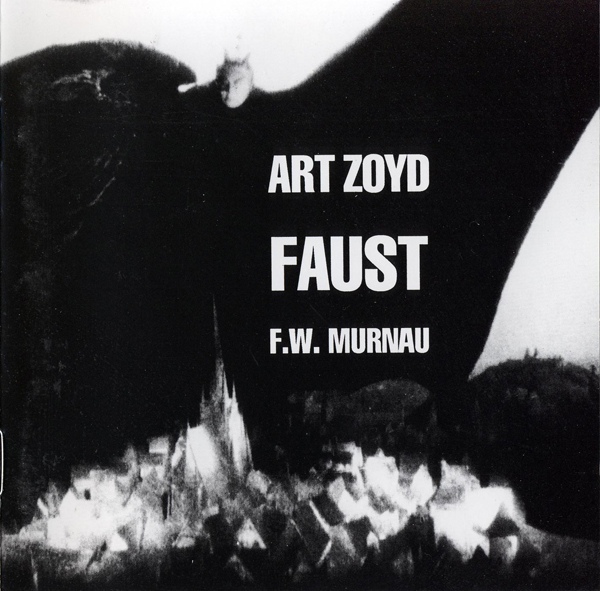 It's been too long since I've heard anything by Art Zoyd. They have continued down their unique path begun on L'Enfer, taking them in recent years to the macabre soundtracks of German Expressionist film maker, F.W. Murnau. The previous outing saw them tackle Nosferatu. I honestly don't think there exists a group anywhere whose music is more suited to these early silent films. Not just because of the disturbing menace inherent in the Art Zoyd ethos, but because of their ability to concoct the most chilling mood, with such a dearth of raw materials. Restraint is really the name of the game, especially with these soundtracks, and Thierry Zaboitzeff and crew have proven throughout their career a sensibility to this that utterly defies description.

Faust has been performed live recently as a quartet, including Daniel Denis (of Univers Zero) on drums. And of course the music is all composed to sync perfectly with the accompanying film. Hence, it is divided into many different "scenes," twenty in all, most of which are very short. They all segue, and the whole production clocks in at 60 minutes. Sneeze, or go out for popcorn and you miss a sizable chunk. Film music often succeeds in inverse proportion to how well it stands alone as abstract music. So as I listened I tried to imagine myself watching the film. Familiarity with Goethe's version of the legend helped a lot, and while I'd say there are certainly two or three sections that fall into the you-had-to-be-there category (especially the finale, "Accelerando," which is nothing more than... well, an accelerando), the remainder speaks quite convincingly in and of itself. My only gripe is that Daniel's acoustic drumming is scant, to say the least. Apart from a few of his signature snare drum phrases, you would never guess he's anywhere on this. I was really looking forward to hearing a discernible percussion contribution, like that on Génération sans Futur.

Instrumentally Art Zoyd have gone through a big metamorphosis over the years. Gone are the trumpets, violin, sax, tape-manipulation, and most of the cello and piano as well. Samplers and synthesizers are the main event now, supplemented by percussion. And yet, just as much painstaking effort goes into their musical craft, transcending the clichés and obvious temptations inherent in the technology trap. Every scene is treated in a completely unique way so that no one passage resembles any other. Nevertheless it all bears the unmistakable mark of France's most individual ensemble. Neo-gothic avant symphonic music that embraces futuristic methods of composing, but severs no awareness of traditional musical practice. Art Zoyd again prove they are masters of their craft.