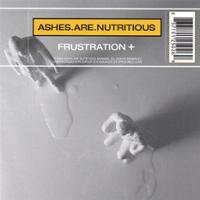 This oddly named quartet hails from South Amboy, NJ, and brings a number of strong elements to their debut studio release Frustration +, including a powerful vocal presence in frontman Billy Clifton. Not for the queasy or faint hearted, he wails and screams his way through the eleven cuts with commanding and incisive deliberation, taking no prisoners. The band is your basic, no frills guitar, bass and drums, aggressive and impassioned purveyors of what might rightfully be called math-punk, fired up and full of energy, yet these guys are truly on to something beyond their unbridled angst and pure sonic mayhem. Skillful players all, they never seem to turn down a challenge, driving their music over the top and well beyond the standard fare. There are numerous expressive passages that take the quartet into experimental territory, exploring dark textures and introspective dissonant corners of their collective soul. The disc gets even more adventurous as it goes on, culminating with the twenty minute "Siafu," an explorative free-form instrumental adventure that rivals some of the best Crimson improvs circa Thrakattak, as they move effortlessly between spacy waves of guitar feedback and driving grooves. Fans of Tool, At The Drive-In, Radiohead, and Alkaline Trio might do well to check these guys out.