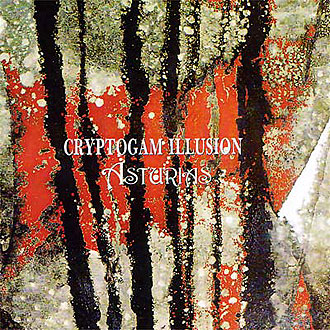 The brainchild of multi-instrumentalist and composer Yoh Ohyama, Asturias has a sound that could be called an instrumental symphonic fusion (in the vein of Kenso, Happy the Man, Pekka Pohjola or Oldfield's better output), yet it occasionally teeters very close to what might be called new-age. Don't let that scare you - this music is brilliant and inventive, full of color and emotion. Unlike the 'Oldfield clone' sound of the first album, this - the third album - incorporates many fresh ideas that have not been explored here before; rather than just rehashing the old formula, Ohyama and company have now incorporated some modern chamber elements into their sound with the use of viola, cello and uncredited sax and bass clarinet (could be samples?). This works well to augment their basic sound, which features synth, bass, drums, guitars and piano. Some tunes, like "Glacier" and "Mistral Island" seem to be merely heavily programmed solo synth workouts by Ohyama alone, which is where the new-age tendencies come into play; still, one has to appreciate the intensity and depth of these compositions. "Phoenix" and "Cyber Transmission" are two full band pieces that harken back to the sound of the last album. The title track and "Adolescencia" are two that showcase the new 'chamber' sound to its fullest, while "Distance" and "Danca das Borboletas" mix that sound with the more familiar Asturias sound (and some backing vocals in the case of the latter). "O Tempo Passa" is the only song here with lyrics, delivered by Yoko Ueno, and closes the album nicely. Overall, a bold step forward for Asturias, and an album I'm sure most would enjoy.

Coronarias Dans - Visitor – Every corner of the world, so it would seem, has a closet chock full of musical gems waiting to be discovered. From a corner of Denmark's junk room, this wonderful little jewel comes to delight...  (2007) » Read more