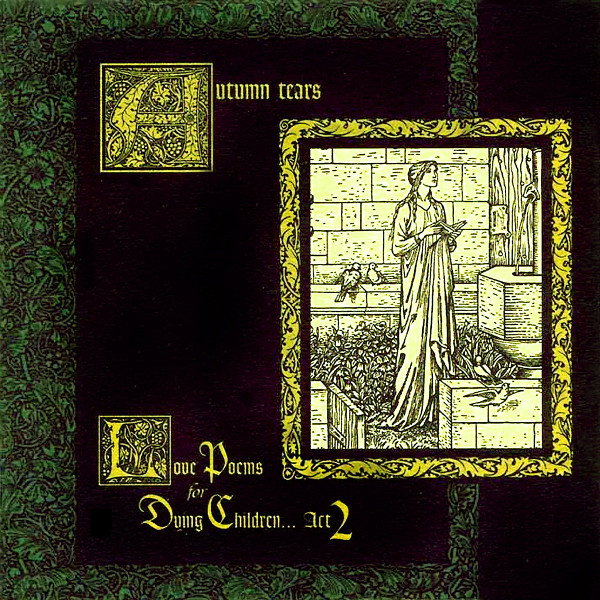 A Gothic Opera? This is some trippy stuff, my friends. Autumn Tears is Erika and Ted; Erika sings, Ted plays keyboards. Being an opera of sorts, there is a story with several characters. Erika is a good singer, she ranges from a pleasant voice as "The Beautiful" to a raspy, Satan-like croak as "Deceit." Ted plays lots of great piano passages throughout this album. In fact much of the music is solo piano with Erika singing. There are also the occasional bells and strings, sampled no doubt. The music is great, but sometimes the concept is a bit heavy, as we follow "The Beautiful," who is a spirit and facing eternal damnation. And listening to the "Deceit" vocals is tough, it's kind unnerving all alone late at night (Hint: not a good work album either). Here is the final lyric of the album, it is spoken by "Deceit": "Prepare thyself for my victorious era as showers of blood spill forth upon thee from the ebony gates of my black heaven." Not a bad second release by this duo, pretty ambitious, and worth hearing if you like this kind of stuff.

It's Cold on Ganimede