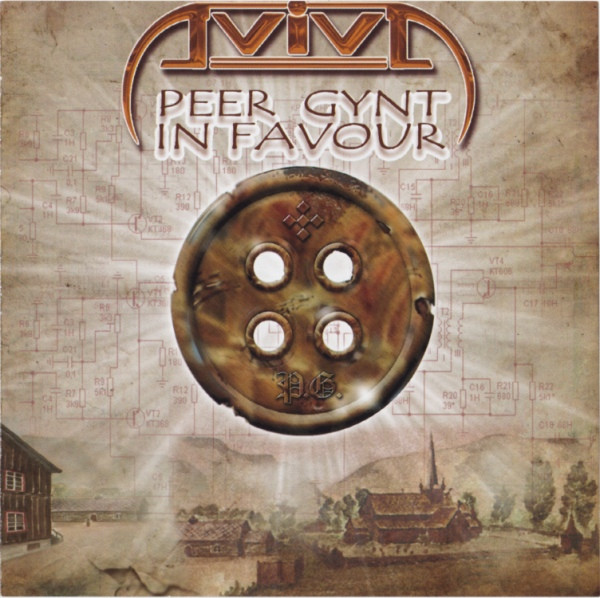 It’s a shock to hear music you've known all your life bent in new directions for new purposes. I still remember envisioning how my four-year-old self would have wept at The Residents’ deconstruction of Gershwin’s “Rhapsody in Blue.” It's that same feeling with this reboot of Edvard Grieg’s Peer Gynt Suite. It’s the third album by Aviva, a.k.a. Russian multi-instrumentalist Dmitri A. Loukanienko, with a few uncredited guests, and these are new interpretations of familiar themes from Grieg’s 1875 opus. Some, like the universally recognized “Peer Gynt’s Morning,” involve cut and paste remixes of original orchestral recordings or, as on “Ingrid,” the florid piano of a modern interpreter like Gian Piero Reverberi. “Skalds’ Hymn” is a short electronic tone poem capturing the mysteries of ancient Norse legends. Progressive rock arrangements feed a 70s sound into a millennial mash-up on “Mountain King and His Daughter,” which sounds like Mannheim Steamroller offroading through a boreal landscape with Groupa, Hoven Droven, and other heavy Nordic roots bands. “Anitra” becomes a synthed up Eurodisco nightmare via Art of Noise. “Ese” is the clearest display of Loukanienko’s M.O.: adapt a classical theme for prog band a la Emerson, Wakeman, and other keyboard rebels, then tear it all apart in a delighted tantrum of dissonance and anti-structure. The final track, “In Favour,” feels like an apology for all these pranks, a gently building piece with a Windham Hill jazz flavor, something that might soothe the jangled nerves of Grieg and those who love him.

Annbjørg Lien - Baba Yaga – The Hardanger fiddle of Norway is traditionally played as a solo instrument, but Annbjørg Lien, one of the more famous exponents of the instrument, here presents it in the setting of an augmented...  (2001) » Read more