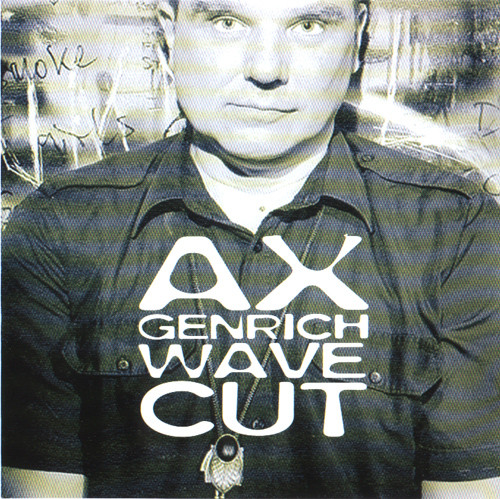 Everybody should be on to this by now, one of the most impressive comebacks in psychedelic acid rock ever. Guru Guru's most cathartic and inventive guitarist released Psychedelic Guitar in 1994 to some critical acclaim, yet that was only a taste to the madness on this follow up. Genrich has successfully taken his roots in the "power trio" hysteria of early psychotropic Guru and updated them to now, none for the worse. His unique playing is all over this, squealing, fluttering, ripping, and roaring over a new rhythm section that seems more than capable of wringing every last ounce of energy from him. This is about 25 years since the classic Guru years but except for the modern production you can barely tell this from an album like Känguru or Hinten. The songs have enough variety for what is often for a trio a limited conception, and the excitement level is way up here. A truly fantastic album, unbelievably so — can you name a more successful comeback than this? Not in my book.

Hey, anyone in the mood for a cheery toe-tapping experience courtesy of the pleasantries of MIDI sequencers, drum machines, and other groovy techno devices? False alarm! You won't find it here. For his recent outing, ex-Guru Guru "Ax"-man Genrich has gone back to the basics of rock music making: bass, drums, and guitar. And that's it. Ironically, what he has done with this format is anything but basic. With no fancy frills or spills, and absolute disregard for current trends in recording, Genrich and company offer us an incendiary slab of improvisational rock with the attitude of jazz, while touching on many different musical aesthetics. It sounds as if the album was recorded live in one take.

Wave Cut commences with a seven-minute Hendrix-of-the-90s track that will convince anyone that these guys can cook! (But Ax, please go a bit softer on that wah-wah pedal next time.) "Go Lemgo" mixes things up nicely between heavy rock riffing and free-form jazz explorations, without wearing out its welcome. Genrich coaxes every possible sound out of his six strings and drummer Walt Bender shoots for the stratosphere. Bassist Mario Fadani is supportive rather than taking the lead. He stays out of the way of the other two, and probably for good reason. "Fundador" starts as an Irish folk dance, meanders and loses its way, but then settles into some sensitive interplay between guitar and drums in a softer groove that is splendid. Later, shift into overdrive on "The Rebel" as the guitar practically singes a hole in the CD player. Like a warped country boogie from hell.

Most of the songs are credited to Genrich and two other composers who don't appear on this album. So I assume that Bender and Fadani are not his usual sparring partners. But they more than fulfill the job requirements. This is music making in the time-honored tradition. Genrich's playing is out and out frightening, and it's unbelievable why this man is not more famous than he is. If he were British or American he'd be on the cover of every guitar magazine this side of the Greenwich Meridian. Of course for that though, he'd have to hire David Lee Roth on vocals to assure FM radio airplay...

As guitarist for the German psych / prog band Guru Guru, Ax Genrich combined crunchy power chords, woozy wah-wah effects, and groaning slide work. Fortunately for all of us, Genrich has not mellowed with age. His latest work, Wave Cut, sounds very much as if the early 70s never ended. With the exception of a loud booming drum sound, this album bears many of the trademarks of classic Guru Guru. Boasting a fierce and uninhibited power-trio format, the emphasis is on long, crazed guitar jams. The opening track, "Come Back," offers the only hint of restraint on this otherwise improvisational album. Carried by an assertive riff and double tracked vocals, it resembles Hawkwind in some ways. Genrich was only part of what made Guru Guru so enticing, however, and an entire album of his guitar freakouts can be pretty exhausting by the end. It's one of those albums that sounds amazing for the first 15 minutes, but by the end of its 50-plus minute length, you may find yourself asking, "Is he still going? Yow." It just doesn't let up. I find it hard to sit through the whole thing without adequate mental preparation (you know what I mean). Highly recommended, albeit in controlled doses.

Menayeri - Futura Historia – Menayari are three piece act who hail from Puerto Rico, a location not previously known as a stronghold of progressive rock. Futura Historia finds the group in an incarnation with female vocalist...  (2006) » Read more

Chris Cutler & Fred Frith - 2 Gentlemen in Verona – I have a tremendous amount of respect for both guitarist Fred Frith and percussionist Chris Cutler. They have both been involved in some tremendous music that dates from the Henry Cow days to Massacre...  (2001) » Read more

Catweazle - Ars Moriendi – Just what the world needs, another Swedish prog band! Catweazle are a four-piece of guitar / keyboards / bass / drums with lead vocals by keyboardist Michael Thorne. They seem to be coming from the...  (1996) » Read more