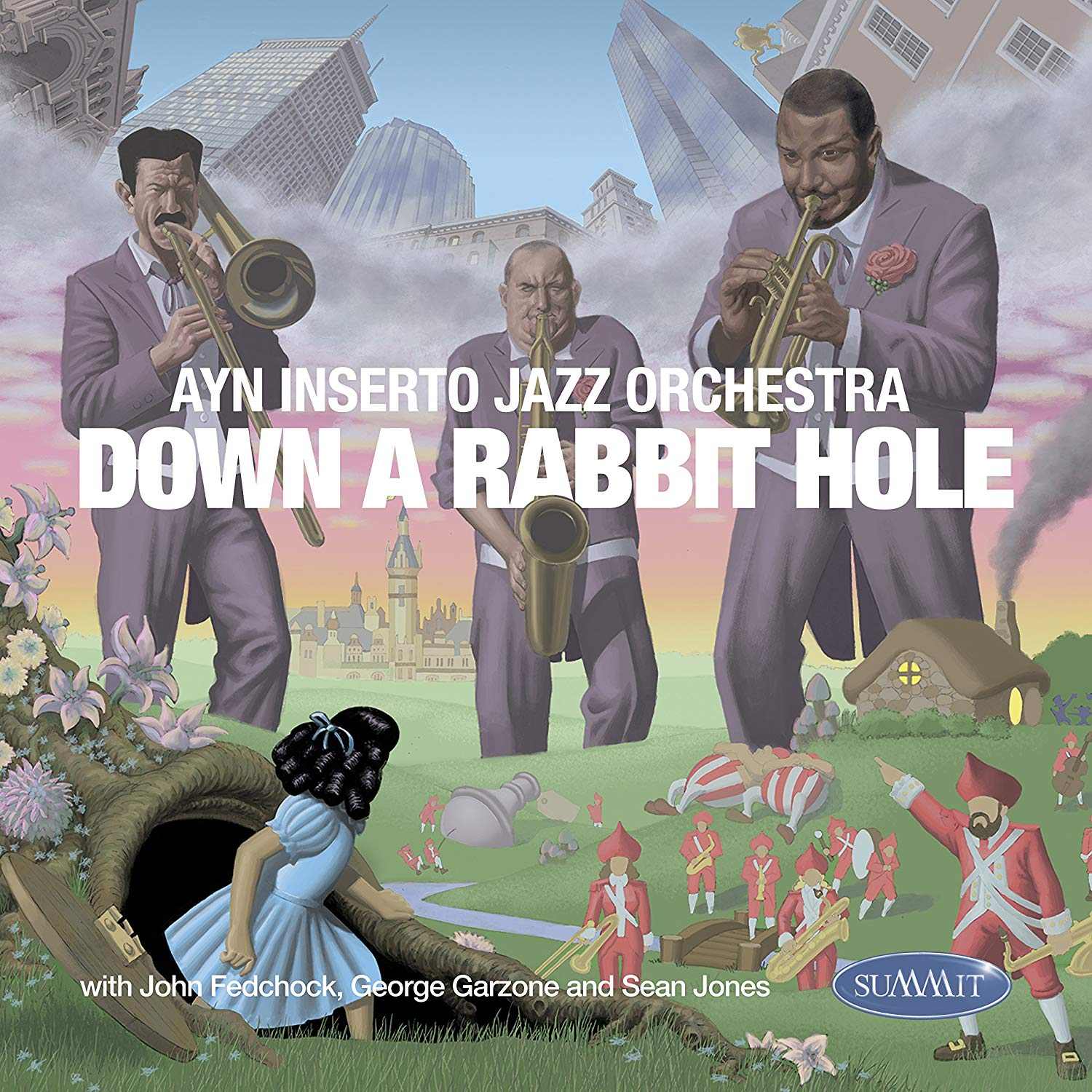 There’s no telling what will come your way when you write about music, and Ayn Inserto was a new name for me, but she has been composing and conducting orchestrated big band music for around 17 years now with four releases to her credit. The band features 17 regular members (four trumpets, three trombones, bass trombone, five wind players on all forms of saxes, flute, clarinet, plus guitar, piano, bass and drums) plus three special guests: trumpeter Sean Jones, trombonist John Fedchock, and George Garzone on tenor sax. Inserto for her part composed everything except two tracks (of seven total), arranged everything, and conducts the group. Throughout the set the group pushes the boundaries of modern big-band jazz with creativity, energy, and pure magic, with emotion, power, and restraint on display with every measure. Inserto has a percussion background (mallets) which, although not employed here, comes through clearly in her savvy arrangements. Let’s talk about that last track for a minute; it was the first one here to catch my ear, a vaguely recognizable melody following a piano intro, all inside a hauntingly beautiful arrangement. Turns out it’s “I’ll Be There,” a full-on big band arrangement of a song that was a hit for the Jackson Five way back in 1970. The title track is based on a crunchy riff by the rhythm section and features Garzone in a powerful sax solo that’s clearly one of the album’s highlights. The opener “Three and Me” and it’s follow-on “BJ’s Tune” (written by Sean Jones) are two that push all the right buttons for those that like complexity and colorful arrangements that evoke warmth and power, shifting gears regularly, the latter offering a more paced platform and a spotlight for Jones’ trumpeting, and together they offer an album side's worth of pure amazement right out of the gate. The third cut, “Mister and Dudley,” takes a more playful approach, starting with a catchy melody for winds, alternating with trombone, this is probably after many listens the piece that grabs my attention the most here. There’s a lot more here to captivate the attuned listener, not the least of which is the two part suite “Ze Teach” and its follow-on “And Me,” the latter a romp through an endless maze of shifting measures, intriguing and sometimes crazy, but still easy on the ears. I hope to hear more of Inserto soon as I track down all of her previous releases, but this one serves as a powerful introduction.