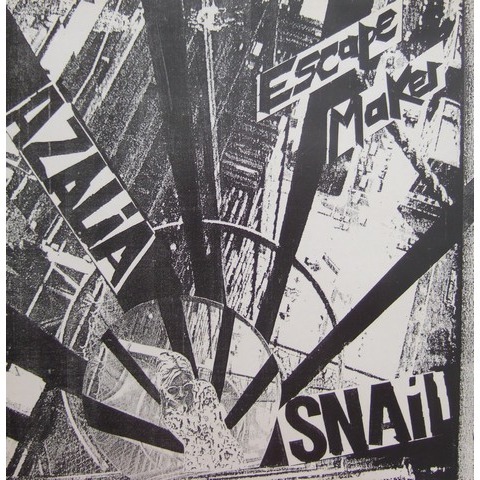 Anyone remember when indie rock really was far-out and "alternative?" Welcome to the lo-fi, do-it-yourself world of Azalia Snail, an eccentric, individualistic woman with an intensely personal, charmingly noisy avant-rock sound. Her music is made in the same spirit as bands like Bongwater (Kramer with Ann Magnusson), Two Foot Flame, and even Daniel Johnston; that is, it's guitar noise and anarchy informed by an art school sensibility (sound like the Velvets? You're getting there). Azalia Snail is apparently a semi-big name in the indie rock fold, having collaborated with Sebadoh, Beck, Three Mile Pilot, and Suzanne Lewis (Hail, Thinking Plague). While I enjoyed this album, I think its relevance to progressive rock is more due to attitude than execution. If you're looking for a fine quality recording job with songs that have melodies that soar, you should look elsewhere. However, if you're ready for something a bit different, a personal statement that works on its own terms, Azalia Snail may be for you.

Quasar Lux Symphoniæ - Abraham - One Act Rock Opera – Quasar Lux Symphoniæ is a new Italian outfit that has made its entrance into the prog world with quite a bang. Abraham is a one act rock opera spanning two CDs, that is almost Wagnerian in its...  (1994) » Read more