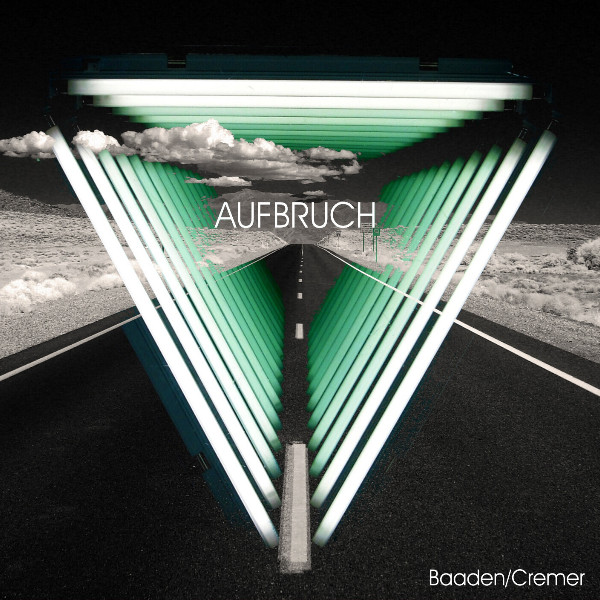 Those of you who have been around a while probably remember MySpace as the go-to place for music, which has since been replaced by Bandcamp. Back in the day, electronic musician Andreas Baaden was active on MySpace. Then in 2008 he received a strange email regarding his almost forgotten page from a fellow musician Uwe Cremer (AKA Level π), and their friendship began. So over the course of the last ten years Baaden and Cremer have been periodically getting together, pairing their love of Krautrock and Berlin school electronics. Finally in December 2017 they decided to rework some of their joint experiments and compose new work, the result being Aufbruch or Departure. The result is a set of six instrumental tracks. The opening track is “Das Lebenselixier” or The Elixir of life, a slow floating Berlin school piece much like Michael Hoenig’s classic Departure from the Northern Wasteland. The next track is the melodic “The Rise and Fall of Proxima Centauri pt. II.” The third track, “Just before the Departure,” consists of two-note sequences, retro 80s Krautrock, and even a bit of Neu! thrown in for good measure. Next is the floating “Moonglow” with Uwe’s gutsy fuzzed guitar and Andreas’ electronics. Then they take off in a new direction with “Das Moebiusband” that recalls Edgar Froese’s “Metropolis” and rapid pulsating sequencers underpinning a cosmic excursion along the Moebius Strip. This track is excellent for a road trip down the autobahn. And the album closes with the outstanding “Steamroller on the Interstellar Highway.” Baaden and Cremer employ rhythmic drumming, soaring prog rock guitar lines, and gothic organ as they take you along their musical journey. Highly recommended!

Ian Carr's Nucleus - Out of the Long Dark & Old Heartland – One of the last incarnations of Nucleus from the late 70s featured Carr along with long-time cohort Brian Smith on reeds. Geoff Castle, Billy Kristian, and Roger Sellers rounded out this version of...  (2003) » Read more