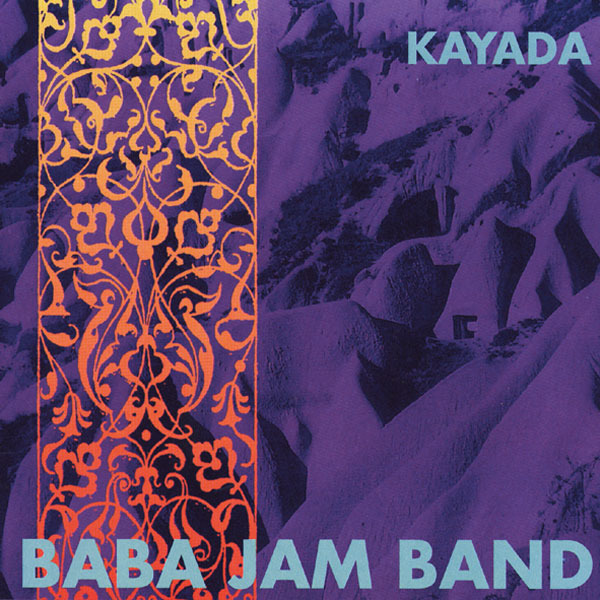 This is only roughly new, I suppose, being a CD from five years back. Probably wouldn't have bothered with the review except that this is a remarkably good album, one that should have gotten much more attention in 1993 than it did. Baba Jam Band are a true original, blending styles and sounds from a variety of sources. A German group, it's no surprise that the female vocalist sounds like Renate Knaup nor that their approach to a middle-eastern-influenced music resembles Embryo or Chris Karrer in some ways. Mix in the elements of many an Oriental Wind album, a slight zeuhl influence, jazz, dissonant compositional elements vaguely similar to Univers Zero; give it a glossy contemporary production; and you're really only left with half the picture. The songs are contemporary arrangements of traditionals, although saz, darbuka, and other instruments from the Middle East are prevalent. The first track, the fifteen minute "Colours of Yemen," illustrates this well, having all the elements described above and delivered with a progressive rock edge. The album does not let up in quality through its near-double album length, with solos for violin (check out the long one in "Tamzara" that turns into a Ponty / Grapelli trade-off by the end of the song), sax, guitar, vocals both male and female, and arrangements captivating and energetic. The songs are long too, there are several over nine minutes long, all with a nice stretched-out feel and portraying a variety of moods. The more I listen to this, the more I like it; it amazes me how little fuss was made over such an amazing CD.