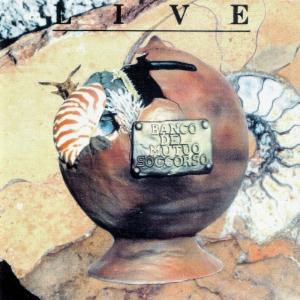 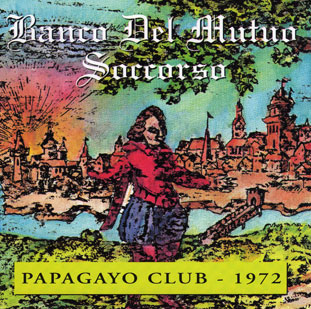 Unlike the recently released PFM shows (Impressioni Vent'Anni Dopo and Bobo Club 2000), these two CDs are distinctly different sets, one from very late 1970, the other from 1972. The Mellow CD from 1970 has been out quite a while but unfortunately has been largely overlooked. As with the PFM shows, the sound quality is lousy on both. So if you have no patience with badly recorded bootlegs, these certainly aren't for you. In my opinion, Live is a revelation; it's unbelievable that this band was so innovative that early. All four tracks are long, and the CD opens with an incredible unreleased track called "Poliphonia." It's amazing they didn't record this on an album. The rest of the CD consists of very long versions of tracks which would be on their debut, all with a harder edge — more punchy and aggressive. This was a classic performance, Italian progressive fans would do well to check this out.

Papagayo Club 1972 was recorded over a year after the other CD and contains another long version of "Metamorfosi" plus several tracks from their second album Darwin. BdMS here were much less aggressive than earlier with the effect closer to their albums. There are softer and more melancholy moments, yet overall this should also please the early Banco fan. Although I prefer the heavier 1970 set, both are well worth checking out except for the muddy sound.