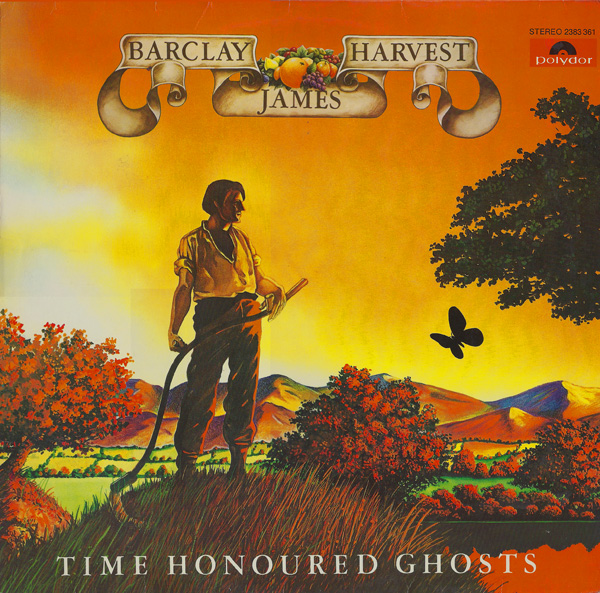 After leaving the Harvest label, BJH met up with U.S. Producer Eliot Mazer (Neil Young) who recorded the band in San Francisco in the summer of 1975. The quartet was on the upswing with bassist Les Holroyd and guitarist John Lees showing the most growth in their songwriting development. Holroyd’s “Jonathan” based on the popular novel, Jonathan Livingston Seagull and “Moongirl” evidenced better melodic maturity which would form the basis of his style going forward. “Sweet Jesus” expands on Holroyd’s acoustic side where the echoey harpsichord is used well for dramatic effect. Lees' seminal pieces included “One Night” which was a band mainstay through the next few years of touring. Wooly Wolstenholme’s signature tracks would include the lush, grandiose but inspired “Beyond the Grave,” where lush Mellotron meets with subtle synthesizer doubled chords. As a follow-up to Everyone is Everybody Else, the LP did fair business in the UK, but still managed no dent in the US as the quartet continued to focus on consolidating their audience in Europe. In retrospect this could have been a huge logistical mistake as “Titles” had all the makings of a FM radio success in particular with regional airplay by DJs who enjoyed the band’s clever word play using familiar Beatles song titles to create a convincing lyric. The remastering of the original recordings bas brought forward much of Holroyd’s excellent backing vocals for easier listening. Overall it’s another creditable work from the English mainstay act.

Ozric Tentacles - Arborescence – The Ozrics seem to be believers in the old saying, "If it ain't broke, don't fix it." They've found a style that works for them and that their fans seem to like. On this, their latest release, they've...  (1994) » Read more