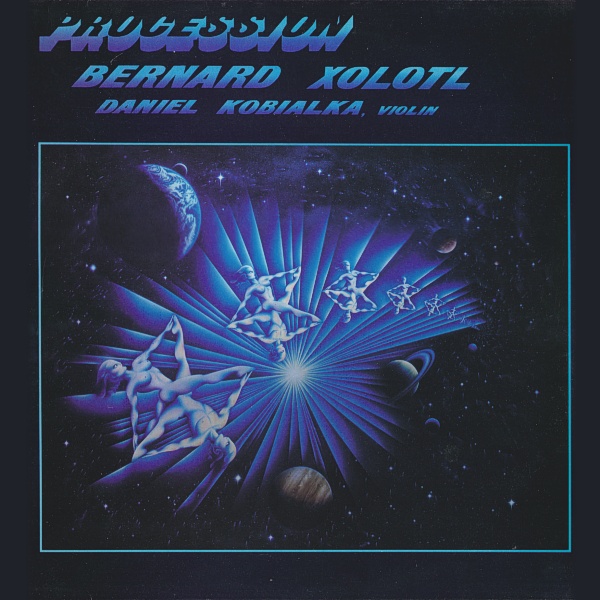 Bernard Xolotl is a French synthesist who has worked with Clearlight's Cyrille Verdeaux, which could give some indication of his stylistic direction. Daniel Kobialka is a well known violinist from the Bay Area, and the author of music that you see in New Age bookstores — fluffy meditation music stuff. For cosmic electronic music, Kobialka's violin should drag this into his arena, and his romantic / melodic style occasionally flirts with that sappy sickly sweet new age area (like Kitaro or Yanni). Somehow these two pull this one off. While I could do without the silly spiritual conceptual guff, the music is quite excellent, in a style obviously influenced by Klaus Schulze, Ash Ra (mid period) etc., yet more spacier and much more melodic. There's really an awful lot going on here. I have to admit, even though Kobialka does an admirable job here, it’s the tracks without him that I like best. With a really long bonus track "Saturn" for an addition, this Erdenklang reissue comes highly recommended for those not totally turned off to New Age-isms.

Martin Gordon - The Joy of More Hogwash – Bassist Martin Gordon has spent the better half of his career backing a wide array of established pop stars from the lesser known Mael brothers (in Sparks) to Robert Palmer and Kylie Minogue. The Joy...  (2005) » Read more