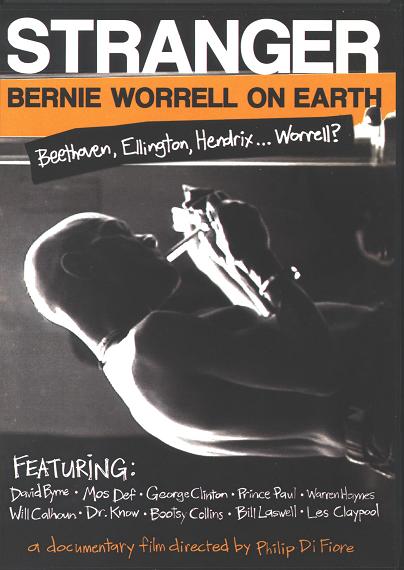 Keyboardist Bernie Worrell is no stranger to making friends while making music. Since his initial ground breaking work as keyboardist and synthesizer innovator for Parliament / Funkadelic, the artist has been the envy and mysterious collaborator of many a high profile rock musician from the Talking Heads to Bill Laswell, Jack Bruce to Mos Def. Worrell’s career has been driven by a need to be present and establish keen interplay for songwriters and high profile musicians but remains a player with thoughtful chops. Worrell’s slippery Moog synth playing on “Flashlight” was a revelation for George Clinton later paving the way to his participation in the Talking Head’s Stop Making Sense project that turned pop music on its ear. Glowing candid accounts of his playing from David Byrne, Tina Weymouth, and Chris Frantz indicate the respect and esteem from peers all musicians cherish. Showing Worrell’s cross genre influence, Mos Def and dub music icon Bill Laswell peg the hip-hop sound to Worrell’s invention. Cool live footage of Worrell jamming on “Killer Mosquito” with Gov’t Mule’s Warren Hayes as well as Living Colour’s Wil Calhoun demonstrate the musician in action doing his unique thing with his friends just eating it up. Worrell himself provides a little history of his endeavors but is careful not to reveal his full hand. Overall this is an exceptional but all too brief examination of the man, his music and admirers.

On the Perils of Virtual Reality