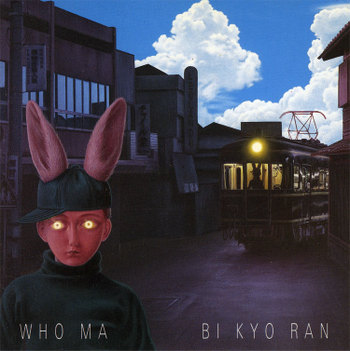 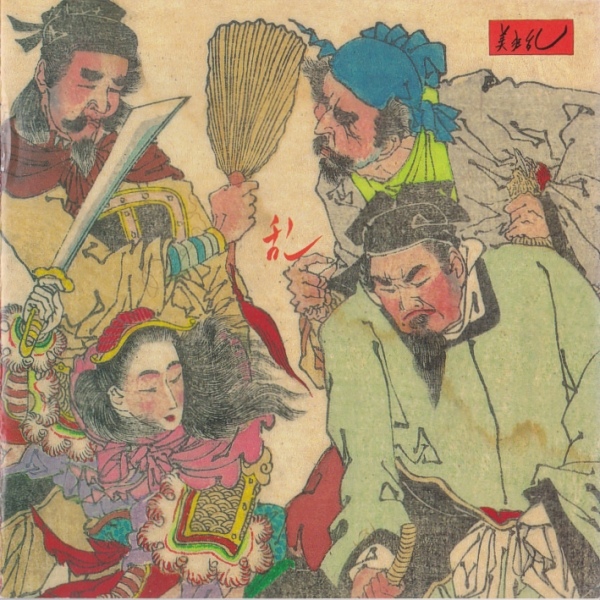 After a three-year period (spent mostly making demos and being discovered by King Records), Suma appeared with a new band behind him. King coaxed him into the studio, and the albums Bi Kyo Ran and Parallax resulted. Which brings us to the next (brief) period of live playing for Bi Kyo Ran: 1982-83, from which came the Who Ma - Live Vol. 2 and Ran - Live Vol. 3 recordings, released in 1988 and 1994 respectively. These spotlight the pinnacle of Bi Kyo Ran's most brutal and experimental period; a mood that is darker than Crimson, more sinister and primitive. Gone are the keys and recorders (and most of the vocals as well). Suma, guitar wailing, unabashedly leads the four-piece band (including a guest percussionist) through raucous instrumental sections in a relentless surge, as on "Stop Breaking Sense," or in impromptu works like "Improvisation" (both from Who Ma). They explore musical structures similar to those on Starless and Bible Black. This album contains all new (at the time) material, barring two bonus tracks on the CD version; while Live Vol. 3 focuses on previously-released songs. Both capture the uncompromising spirit of a band who left no stone unturned. But in 1983, Suma called it quits.

Note : the words "Who Ma" are a phonetic rendering from Japanese characters that are more commonly Romanized as "Fu Ma." They have no relation to the English words "who" or "ma".

A Band Longing for a Blanket