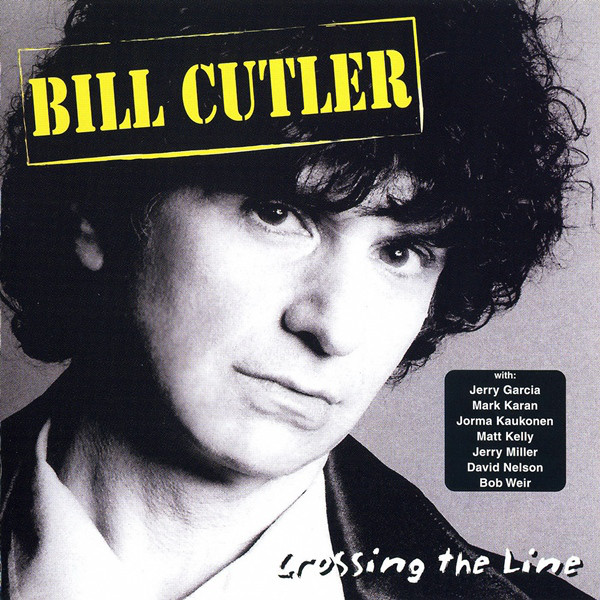 Bill Cutler arrived in San Francisco in 1970, spent the following decades producing other people’s records, and on his first album channels all those influences and experiences. His guitar and high tenor anchor these self-penned, intelligent rock ’n’ roll songs, covering the range of styles you’d expect from a musician who came of age in the 60s and 70s. The strong Grateful Dead influence on country rockers “Burning the Candle,” “Ballad of Bras Coupe,” and “Rockingham Mill” is boosted by contributions from Jerry Garcia, Bob Weir, and Mark Karan. The huge cast of Bay Area session players also includes Jorma Kaukonen, Chris Solberg, and Matthew Kelly. There’s a classic rock feel to the crisp tempos, roadhouse piano, enveloping Hammond organ, punchy harmonica and righteous background singers, but then along comes “Boy with a Future” and the title track. These songs, respectively about doomed romance and America’s culture collapse in the 90s, are textbook new wave guitar pop, heroic rock ’n’ roll minimalism, and drumhead-tight songcraft. Listen to the whole CD through that filter and you’ll hear the work of someone who really knows his hooks. And since it’s a producer’s album, every note is in its place and every instrument’s tone is pure. It’s great to hear Garcia’s unmistakable solos in this context, especially on the warm, extended, two-chord jam ending “Delta Nightingale” and, weirdly, on “Starlite Jamboree,” which is Bill’s eulogy for Jerry. This is the advantage to developing an album’s worth of tracks over about 20 years!

Clogs - The Creatures in the Garden of Lady Walton – It's an actual place: Lady Walton's Giardini La Mortella acts as a foundation in memory of her late husband, the composer Sir William Walton, provides the setting for classical performances and –...  (2011) » Read more