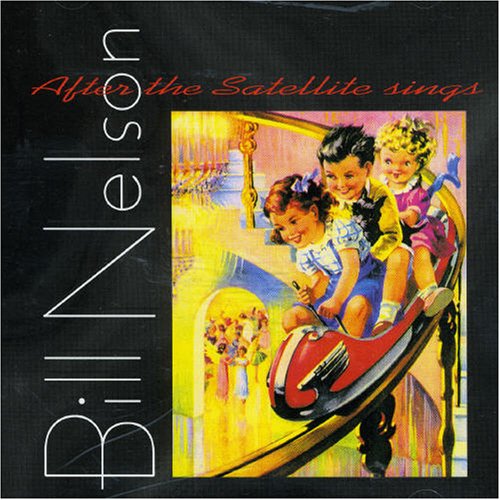 Solo artist extraordinaire (due in no small part to the huge volume of work generated in almost 30 years), Bill Nelson's latest collage is a splash of modern sophisticated pop, sampled amusing voices and dance inflected tunes along with topical commentary. Nelson has a true grip on rhythm, having mastered the drum machine and sampling technology to work with rather than grate on your nerves. He has also been able to construct elaborate music on his own, sing and create work that is memorable if sometimes transient. What is lacking is a consistent recognizable identity through the threads of his work (as debatable in scope to that of Bowie). He's good but I believe the chameleon aspect to his abilities work better in the context of group projects such as his underplayed role in Rain Tree Crow or more recently, Channel Light Vessel. Nelson can play compelling guitar in the league with a Manzanera and Fripp and in fact has collaborated with other peers such as David Sylvian. Other tricks in the writer's bag include sampling of spoken word as intros to tracks as in "Energy" or recitation of lyrics ("Flipside"). Bill also knows how to knock out the contrasting ambient track, "V-Ghost," which sets a tone emptiness. What is always interesting in his work is how much he manages to continue forward to what I believe is that inevitable collision at the crossroads of bliss: a collaboration with the enigma himself, Bowie. As the Satellite Sings provides more clues on that probable course, which in time I hope will pan out.